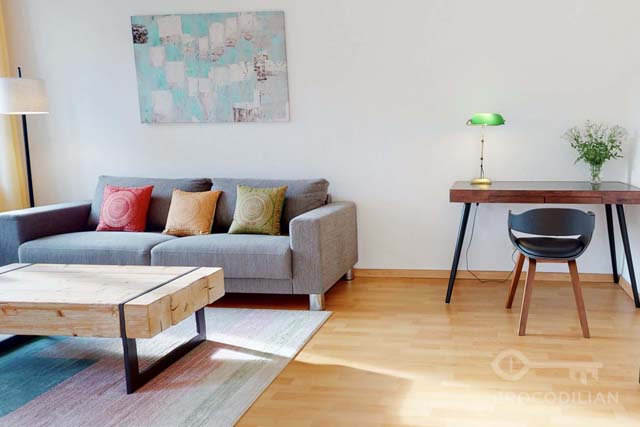 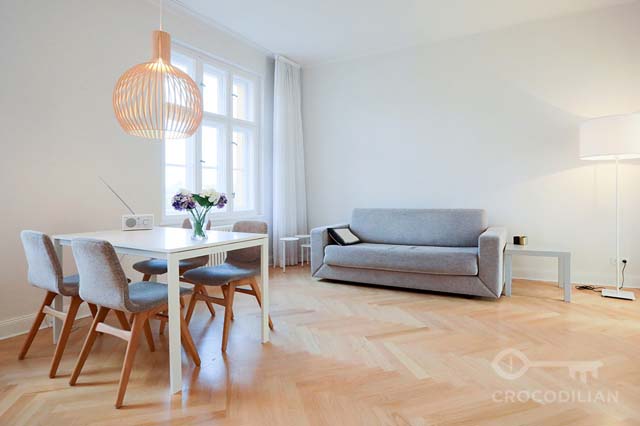 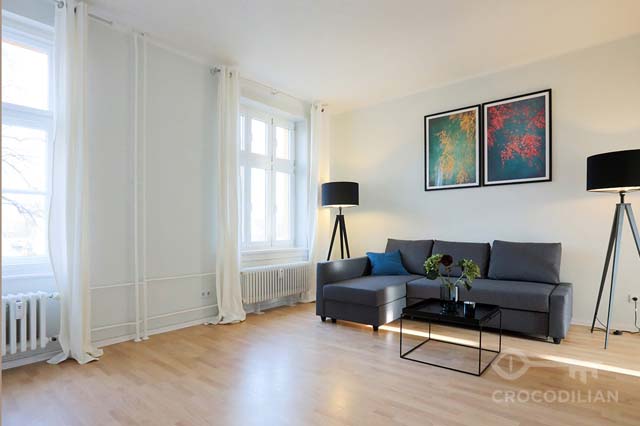 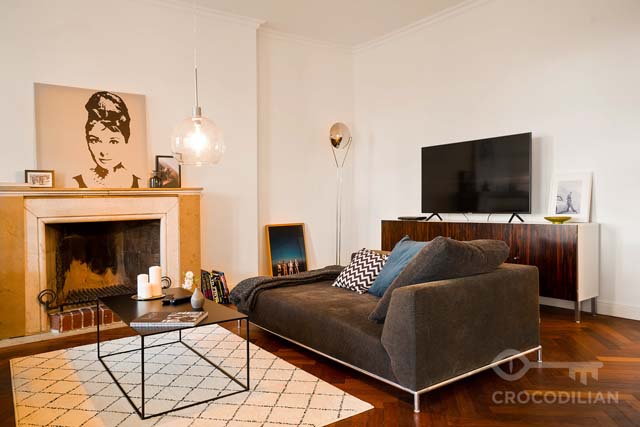 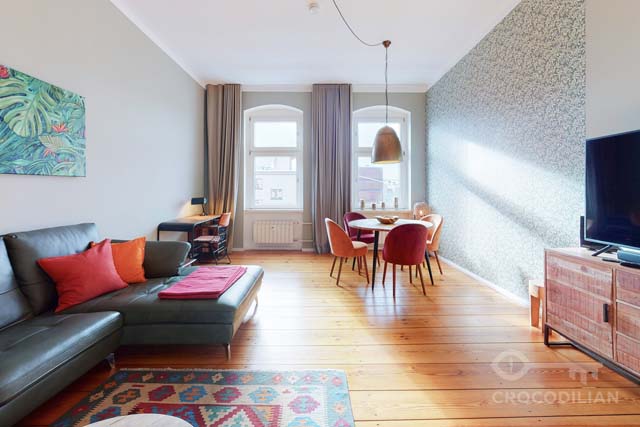 For Companies: Can't find a flat?

Tell us what you're looking for and we'll find the right home for you.

Let us search for you

How to rent a furnished apartment in Berlin

Berlin is one of the most booming cities in the world right now. The growing start-up scene offers newcomers a variety of attractive jobs. Berlin also scores well for its cultural offerings, the many parks, nightlife, culinary delights, and relaxed atmosphere. It’s no wonder that people from all over the world flock to the city. But one of the most important things to know before moving to Berlin, is that it’s hard to find an affordable apartment. One reason is that flats in the centre are in high demand. Another is that there is a lot of competition for places in the range of more attractive neighbourhoods here, that offer a higher quality of life.  But how do you find an apartment in Berlin quickly and comfortably? Especially if you come from abroad, are not yet familiar with Berlin, and don’t have a Schufa credit score? The answer is: make it easy for yourself and rent a temporary furnished flat. With temporary living you’ll be able to find everything: 1 bedroom apartments, 2 bedroom or family apartments, or lofts– all with internet, and high-quality modern equipment and furniture as part of the package.  Here are our expert tips to smoothly rent a temporary furnished flat in Berlin.

How much does it cost to rent a furnished flat in Berlin?

Living and renting in Berlin is still relatively cheap compared to other European capitals. However, it’s unfortunately not as cheap as it was a few years ago. The prices for furnished rentals are naturally higher than unfurnished flats with an unlimited lease. However, in the case of temporary rentals, all additional and consumption costs are already included in the rental price.

Like in other cities, of course, there are cheaper and pricier districts in Berlin. You can generally live less expensively outside the city centre or the S-Bahn ring, than in the centre.

Our recommendation: If you’re looking for an affordable furnished apartment in Berlin, it’s better to be flexible when it comes to choosing an area.  And don’t forget – there are good connections to the centre from almost everywhere. No matter whether you live in Wannsee, Lichterfelde or Pankow, you can be in the city centre in a maximum of 30 minutes from most places.

What does a temporary furnished one-room apartment in Berlin cost?

Very small studios can be found from 750 €. The apartments are mainly suitable for young people who do not have high expectations. They are mainly popular with students and interns.

High quality 1-room apartments and studios cost between 900 € and 1300 €. A large loft, which has only one room, can of course be much more expensive. The rental price does not only depend on the number of rooms, but also on the size of the apartment.  As a general rule, apartments with two rooms are more expensive, even if they have the same floor space as a 1-room apartment.

What does a temporary furnished two-room apartment in Berlin cost?

In Germany you count the rooms, not the bedrooms. A 2-room apartment has a bedroom and a separate living-dining room. This type of flat is ideal for couples. Most landlords only rent 1 room to one person. Since the demand for small apartments is high, couples should switch to a 2-room apartment.  Cheap 2-room apartments outside the center can be found for about 1200 €, whereas in the city center 2-room apartments cost 1400 Euro and more. Of course all additional costs are included.

What does a temporary furnished 3-room apartment with 2 bedrooms in Berlin cost?

Most 3-room apartments have 2 bedrooms and are therefore ideal for families, work colleagues who want to share an apartment, or for tenants who need a second bedroom as a guest room for occasional visitors.

The rental price for two bedroom apartments starts at around 2000 €. Please note that most apartments have a sofa bed in the second bedroom, and less often a second double or single bed. This has the advantage that this bedroom can also be used as a study.

Where in Berlin can I find a furnished apartment?

Most tenants would like to rent near their place of work. Or in the district they are familiar with already. But with public transport in Berlin, you can get to work easily every morning, even from further away. The time you need rarely depends on the distance, but on how often you have to change.

Temporary living gives you the opportunity to get to know new parts of Berlin. Therefore, it may be advisable to be a little more open when choosing a district.  You’re free to decide whether it has to be Mitte, Kreuzberg etc. Each district has its own character.

Mitte is one of the most popular districts for temporary living.  And it’s no wonder, as the area is home to the offices of many start-ups and established companies.  Mitte is centrally located, with excellent public transport connections.  The three major train stations Alexanderplatz, Friedrichstr. and Hauptbahnhof are also convenient for. From here you have immediate access to the regional train and long-distance trains. The cultural offerings in Mitte are second to none. The world-famous Museum Island is within walking distance of many furnished apartments, as are the State Opera, the Brecht and the Gorki Theatres. Modern art can be found in the many galleries around the Linien - and Auguststr. Mitte is popular with all those who work in this part of town. Especially with families who move to Berlin from abroad. There are several international schools, nurseries, and kindergartens here.

The rental prices in Mitte are usually not cheap. Only those who can afford it live in old district Mitte, (not including Wedding). In this part of town you’ll find many high quality furnished apartments with several bathrooms and two bedrooms, fitted kitchens with all electrical appliances, and apartments with balconies.

Prenzlauer Berg is also a popular district for temporary apartment rentals. This area was known as an artist's district - with an exciting nightlife. Today, Prenzlauer Berg is still very popular, especially with families and start-ups. Here you can find a wide range of high quality furnished apartments. You also have the choice between living in a new building or in a typical Berlin old building. There is no other district that offers as many 1-room apartments as here.

The rents in Prenzlauer Berg are towards the top end – most of all for new apartments, which are all equipped with balconies and elevators. Apartments in old buildings are generally cheaper.

Kreuzberg is one of Berlin's most exciting and trendiest districts. Kreuzberg is young and multicultural, a place where you feel right at home, even when living for a limited period of time. Kreuzberg has a lot to offer. In the meantime, this district has developed to become the centre of the international foodie scene. In no other part of town can you find a similar range of exciting new restaurants. The range of pubs, cafés, trendy venues, concert venues and markets also represent the diversity of Kreuzberg. But Kreuzberg also has quieter corners. The banks of the Landwehrkanal, Maybachufer and Urbanhafen are very inviting all year round to take a stroll or jog.

Kreuzberg was formerly known for its grey tenements and squatted houses. Today all the old buildings in Kreuzberg have been renovated and more are being rebuilt. The rents have inevitably risen accordingly. This means prices have doubled in the last 10-15 years. Keep in mind with this, however, that rents used to be extremely cheap.

Living in Friedrichshain is becoming increasingly popular. Here you will find a variety of clubs, bars and other places to go out.  Meanwhile, more and more working people are moving to Friedrichshain. This is namely because of the many companies based in Oberbaum-City. But it is also because of the high availability of temporary furnished flats. A lot has changed in Friedrichshain in recent years. In the area near Ostkreuz and Rummelsburger Bucht, new housing developments have been built. There are also new possibilities in this area for people looking for high-end, luxury apartments.

In Friedrichshain you will mainly find furnished flats in the middle price bracket. The new buildings are, however, more expensive. The location within Friedrichshain, the furnishings and the size of the apartment are all deciding factors.

Charlottenburg is located in the centre of City West. If the hip factor of City East is too much for you, you will feel much more at home in Charlottenburg. For a long time this district was said to be dead.  Now Charlottenburg is experiencing a comeback and is picking up where it left off in its heyday.  More and more luxury hotels and hotspots like the Bikini at Bahnhof Zoo are being built. Luxurious designer boutiques, as well as a large selection of stylish restaurants and delicatessens appeal to all those who appreciate refined living.

It was here, around Kurfürstendamm and Savignyplatz, that the rich and sophisticated Berliners lived 100 years ago. If you would like to experience temporary furnished living in a magnificent old building complete with panel parquet and stucco, this is the place for you.

As far as the rental prices are concerned, in Charlottenburg it all depends on the location. Streets lined with the beautiful old buildings around Savignyplatz are more expensive than e.g. buildings at Bismarckstraße. The price level of the newest modern buildings are, however above that of the old styles.

Tiergarten, the smallest district of Berlin, is an ideal place for temporary living. Not only for diplomats who appreciate this district because of its proximity to the embassies. It’s also the best spot for all those who want to live centrally and with good connections to the City East and West. Tiergarten offers local recreation on the doorstep in the beautiful park that gives the district its name. Tiergarten offers a wide range of furnished apartments such as new apartments on the Landwehrkanal, high-rise apartments with a magnificent view in the Hansaviertel, or luxury apartments on Potsdamer Platz.

The rents in Tiergarten are in the middle to high price range. Here, too, the exact location, equipment and size of the apartment are important in determining the final rent.