Neukölln is THE trendy district for young tenants. Neukölln used to be associated with negative headlines only: dirt, violence, and desolation. This has changed. Today, everybody who moves to Berlin, wants to live and rent a furnished flat in Neukölln.

Selection of furnished flats in Neukölln 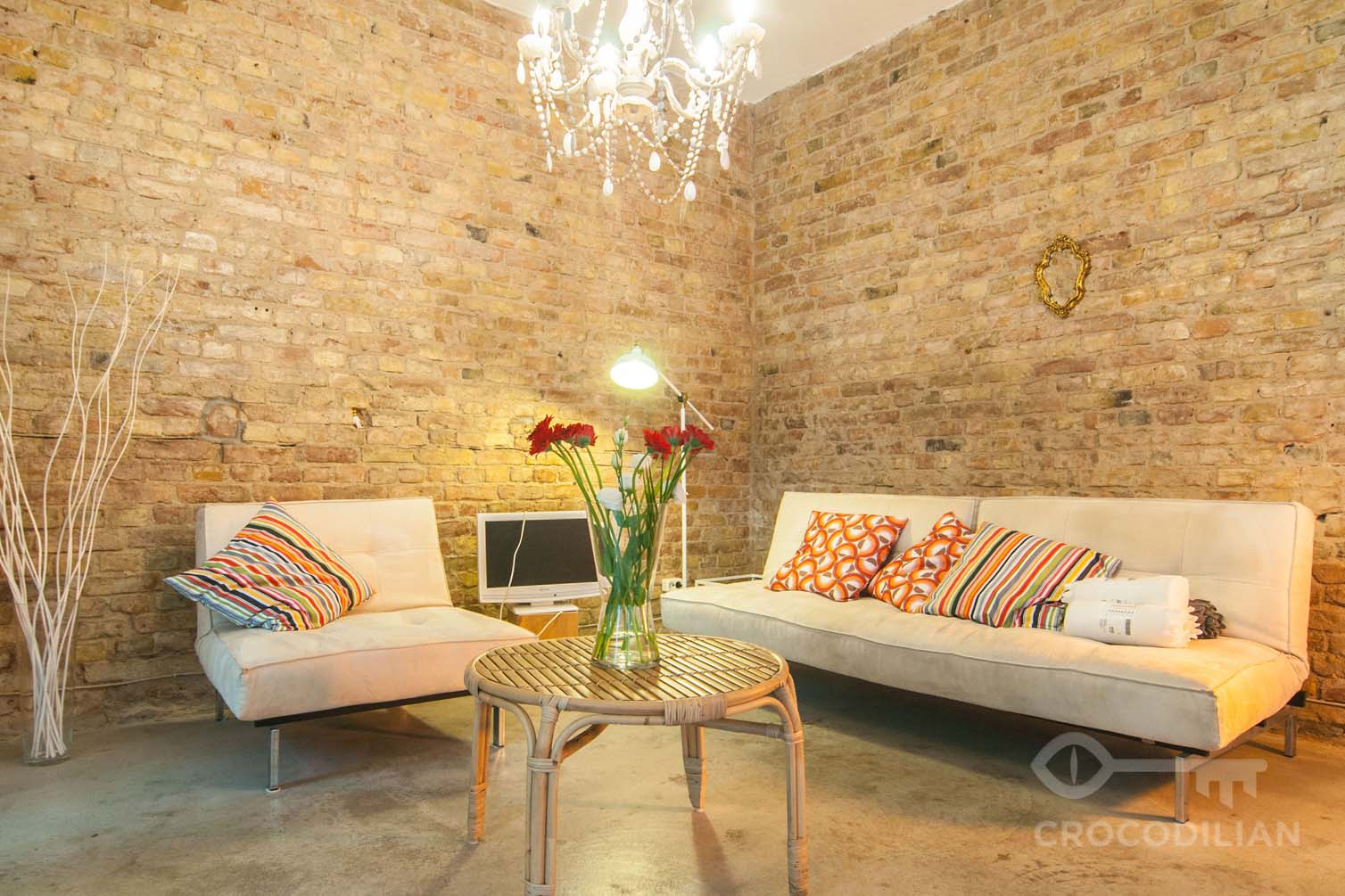 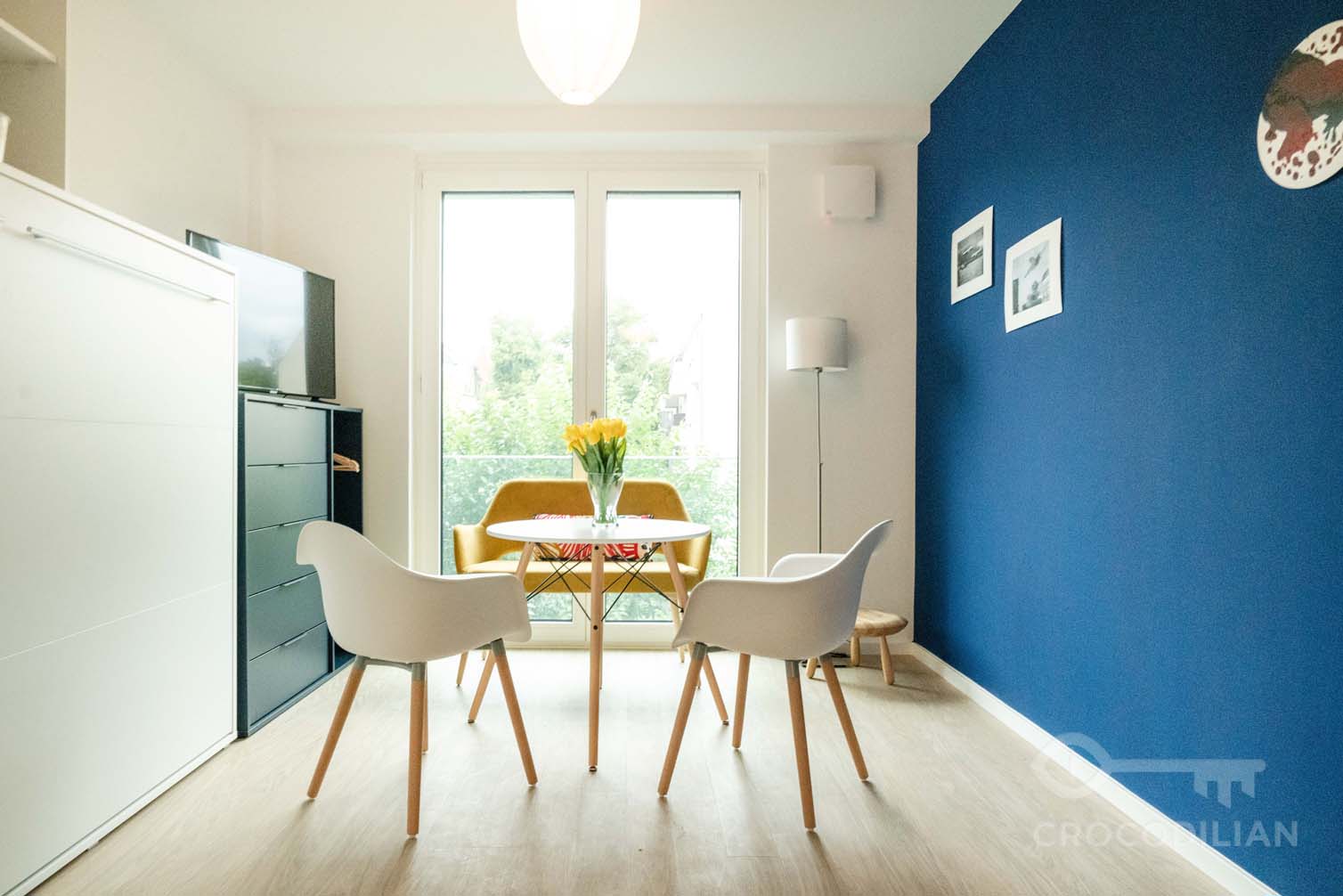 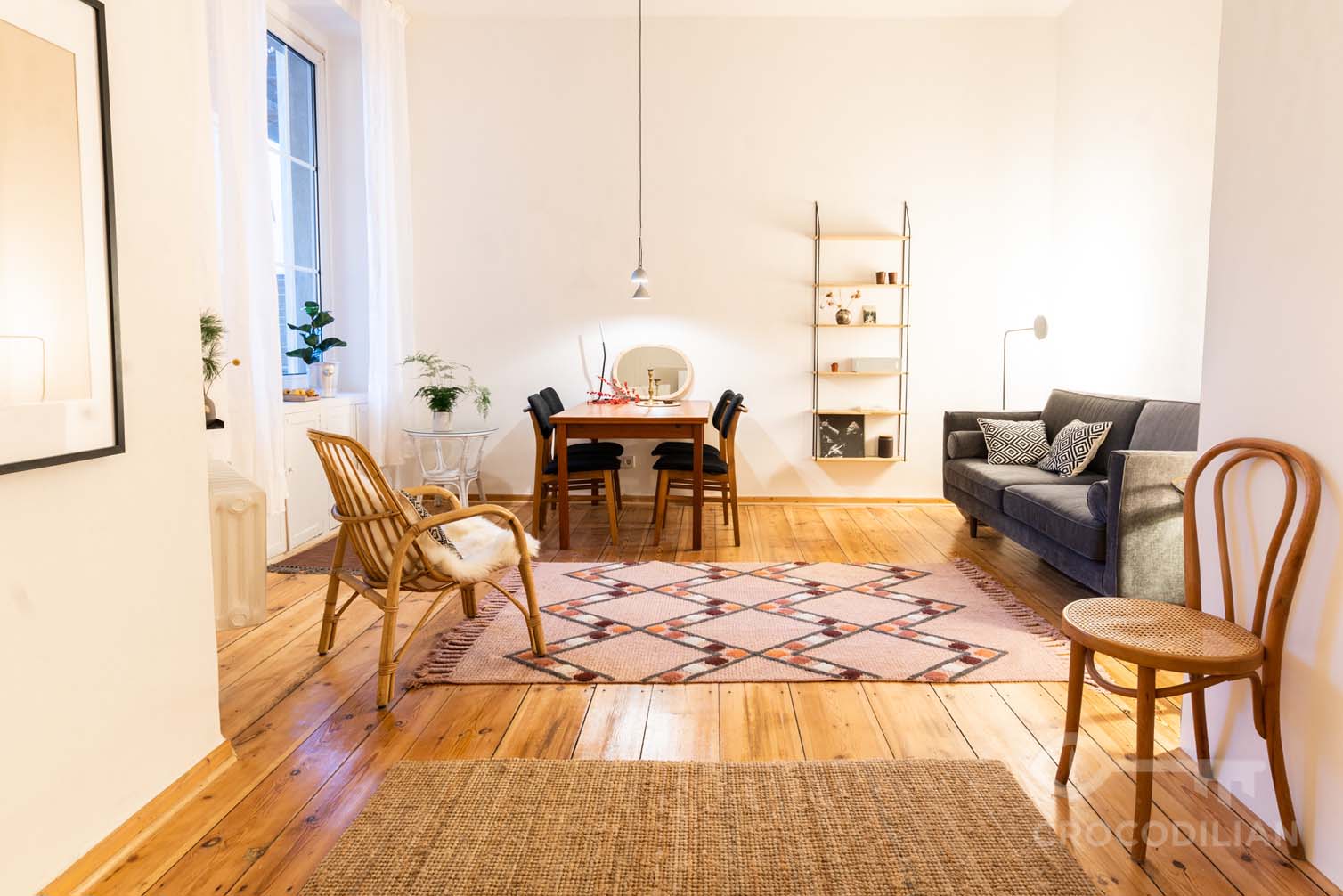 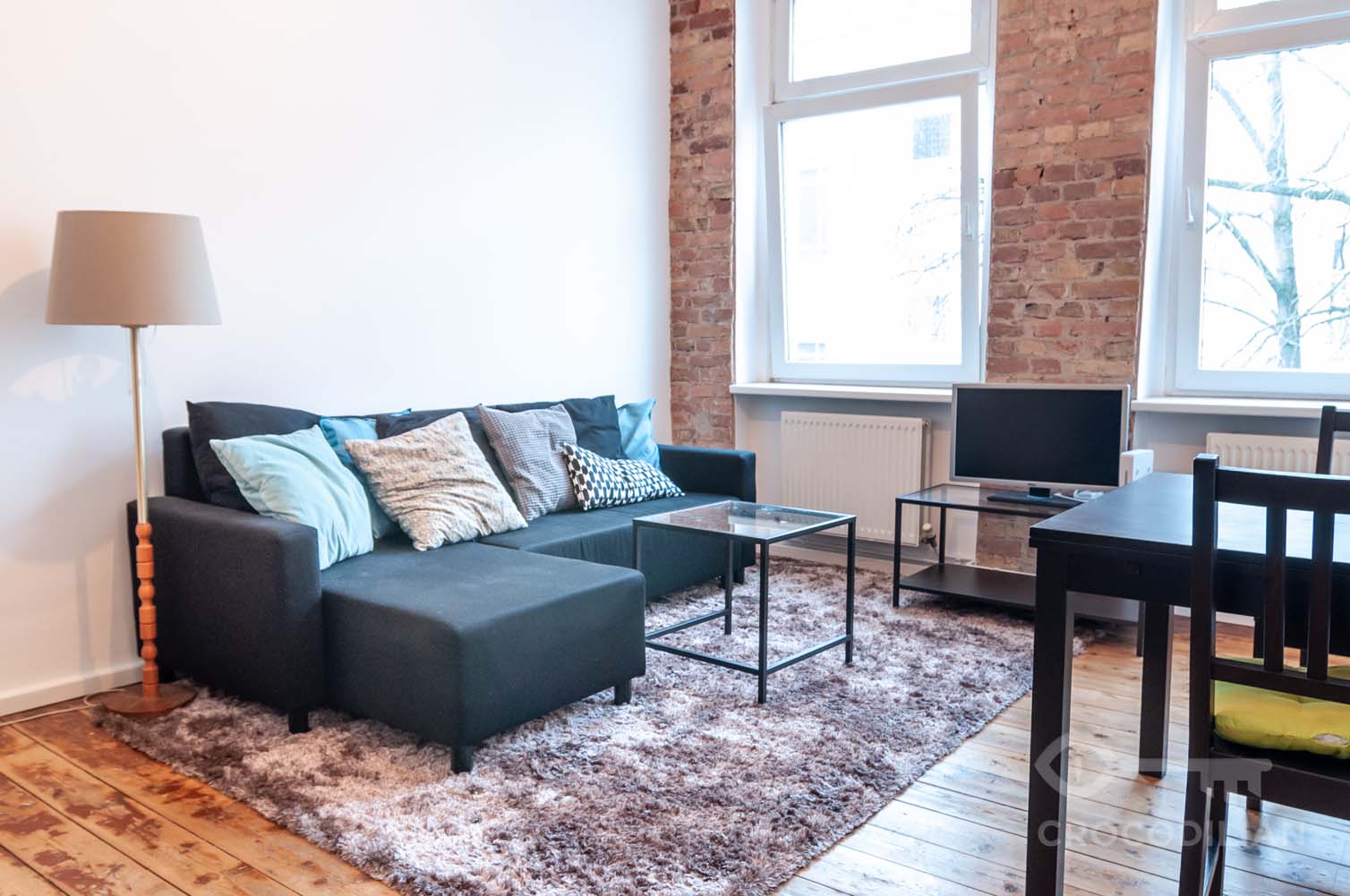 This lively, multicultural working-class district is the first choice for students, young professionals, and hipsters. It attracts artists and creative people from all over the world.
The problems still exist and Neukölln is still a relatively poor district. Still, the population has changed in recent years.
Neukölln is a borough full of contrasts. Here, you find streets with an oriental flair with a variety of Arab and Turkish restaurants as well as vegan restaurants, nice cafés, trendy bars, and alternative art and cultural projects.
Another advantage of Neukölln is that renting a furnished apartment here is cheaper than in other districts. 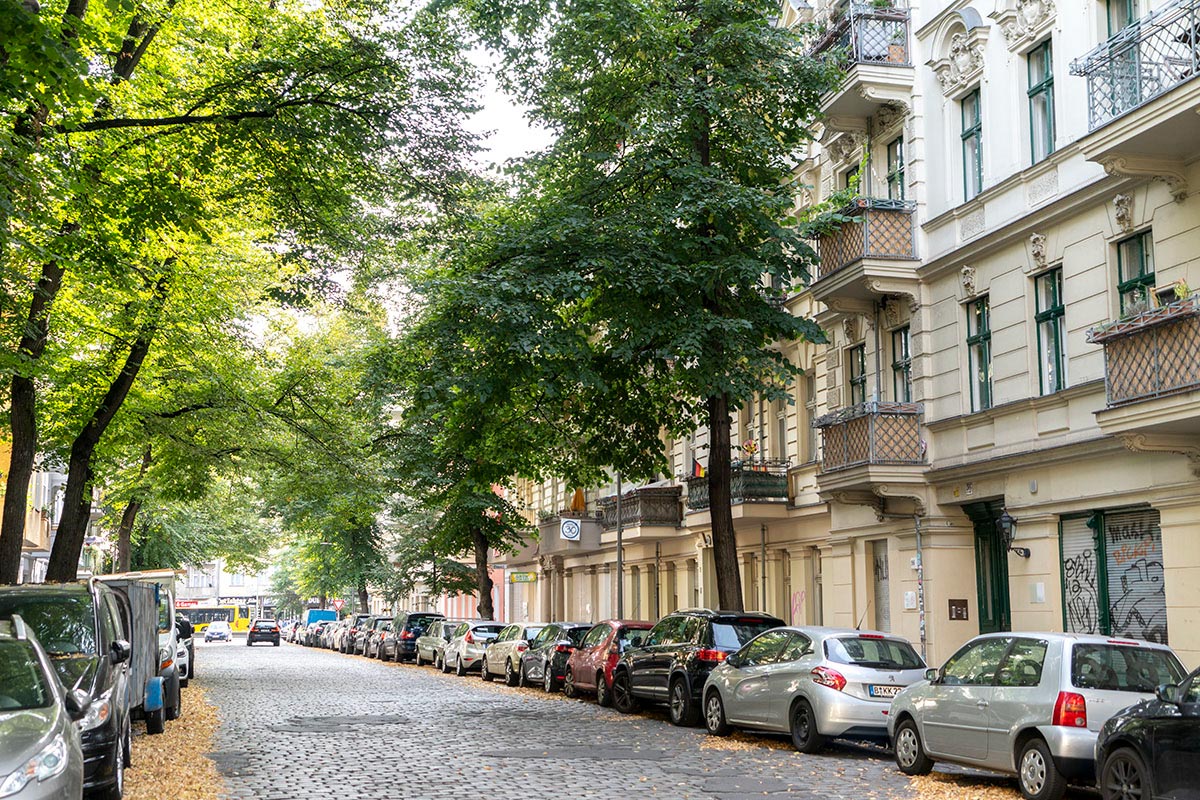 Furnished flats and other accommodation in Neukölln - yesterday and today

The range of temporary furnished accommodation in Neukölln has also improved considerably in recent years. Many houses have been renovated, refurbished and newly plastered. Colours and well-kept new shops and restaurants give the district a more friendly face. In the meantime, the Berlin building boom has also spread to Neukölln. Modern micro-apartments have been built, for example in Flughafenstraße, luxury flats in the problem neighbourhood Rollbergsiedlung - Am Sudhaus, and Karl-Marx-Str. is getting a new look. In Mariendorfer Weg at the Hermannstr. S-Bahn station, Neumarien is being built, a residential quarter with 2-4 room flats. 1400 new flats are planned. 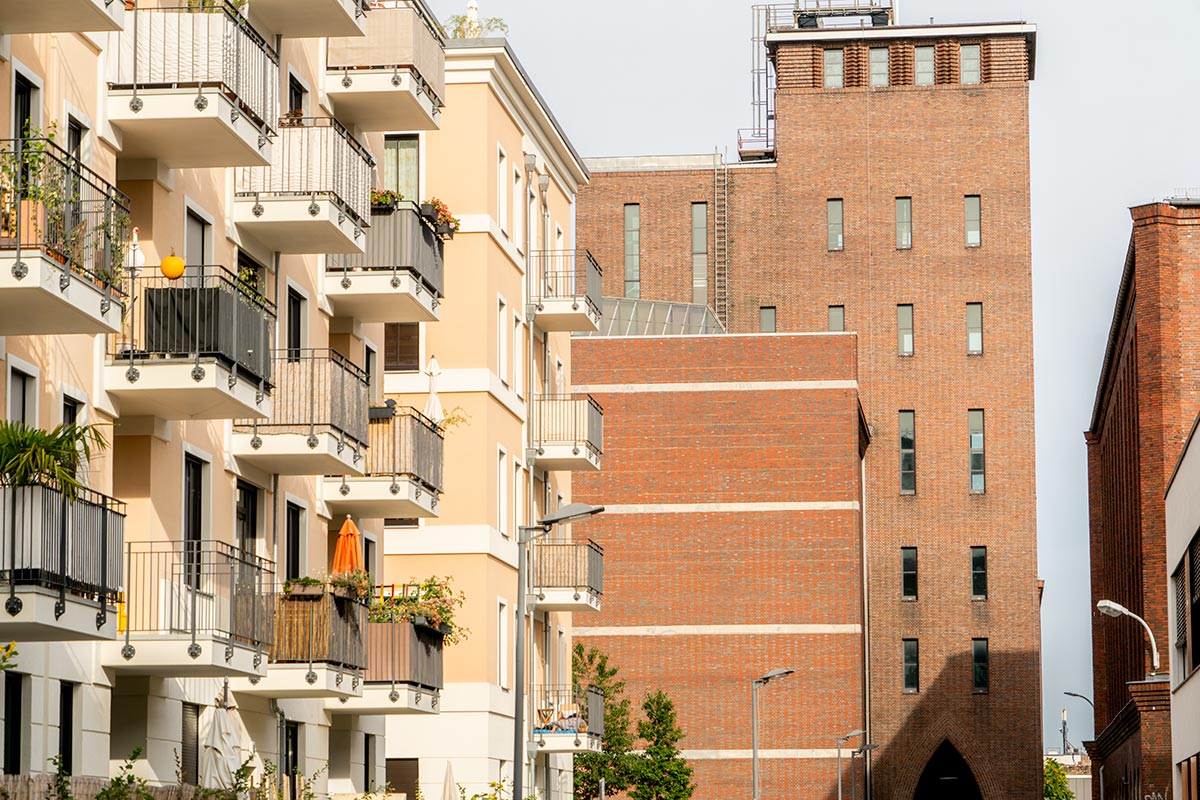 Neukölln has only been a district of Berlin for 100 years. Originally the district was called Rixdorf. The town, which grew out of a small village, already had 250 000 inhabitants at the beginning of the 20th century. Even then the area had a poor reputation. Between Hermannstr. and Richardstr., there were 150 amusement arcades and countless pubs. Rixdorf was considered a place of sin and a socialist stronghold. Property speculators therefore wanted to upgrade the area. The idea was to create living space for middle-classes who had never before moved to the dirty district. To market the new building projects around the Schillerpromenade, the city council used a PR trick. They changed the name Rixdorf to Neukölln in 1912. The new flats on the Schillerpromenade and in the adjacent streets, built at the same time, were mainly 1-room and 2-room flats, each with a kitchen, bathroom and private toilet. These flats were in great demand among the target group. But the new name was probably not the reason for this.
You can still explore the old village of Rixdorf today. In the area around Richardsplatz, the narrow streets and alleys are full of well preserved historical buildings from the 17th and 18th centuries, such as the listed day labourer Blacksmith’s shop. 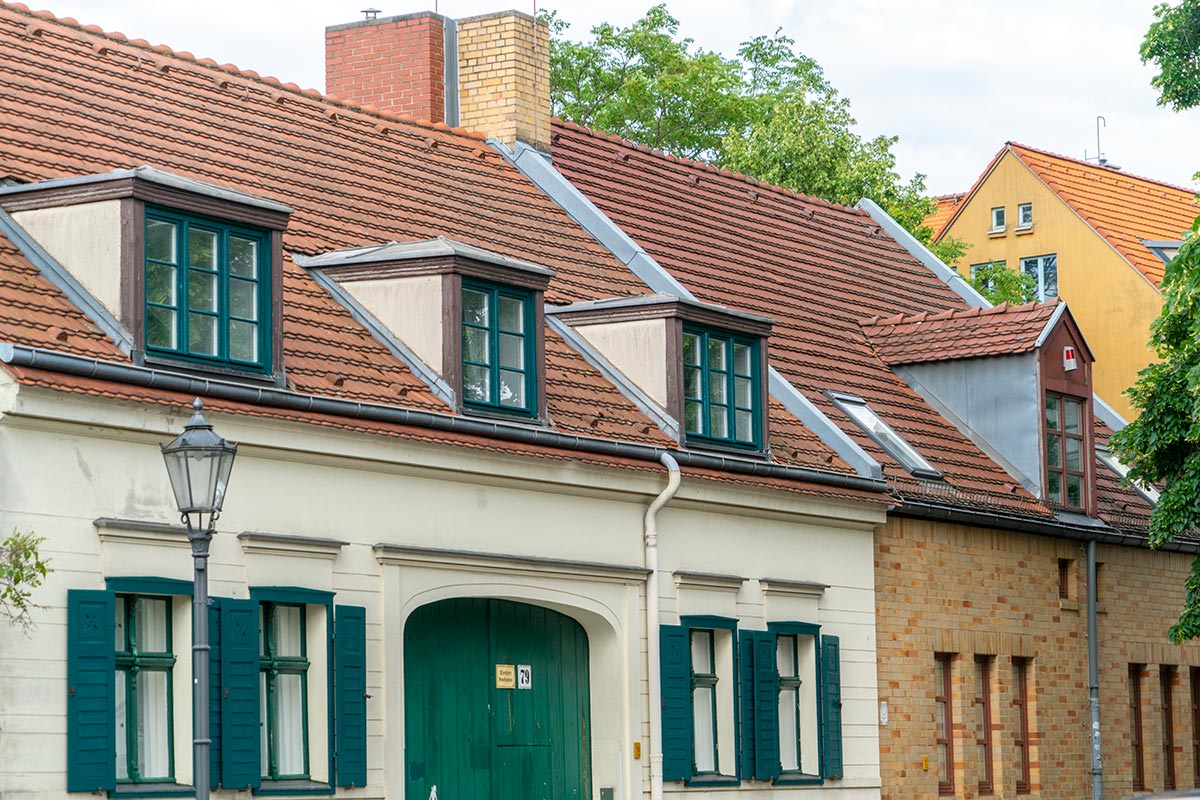 Tenants who rent a furnished flat in Neukölln temporarily almost always live in the northern part of Neukölln, in Reuterkiez, Schillerkiez, Rollbergsiedlung or in Neukölln Nord. But the actual district of Neukölln also includes Britz with the Britzer Garten, Rudow with Bruno Taut’s Hufeisensiedlung and Buckow, where the high-rise housing estate Gropiustadt is located. The trendy neighbourhoods, which interest most tenants of furnished temporary accommodation, are within the S-Bahn ring. 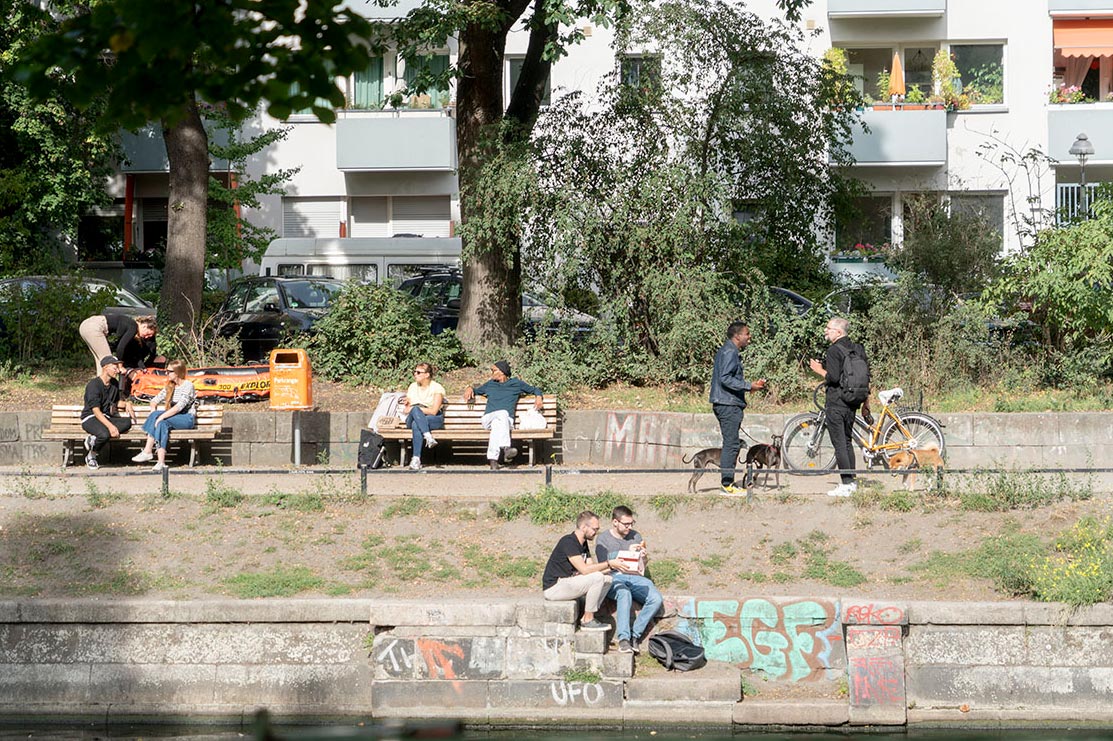 The most popular areas for renting a furnished flat in Neukölln

The area around the Reuterkiez, between Maybachufer, on the banks of the Landwehrkanal and Sonnenallee and Kottbusser Damm is very attractive. The Landwehr Canal is on your doorstep, there are many nice cafes and pubs and many well kept streets 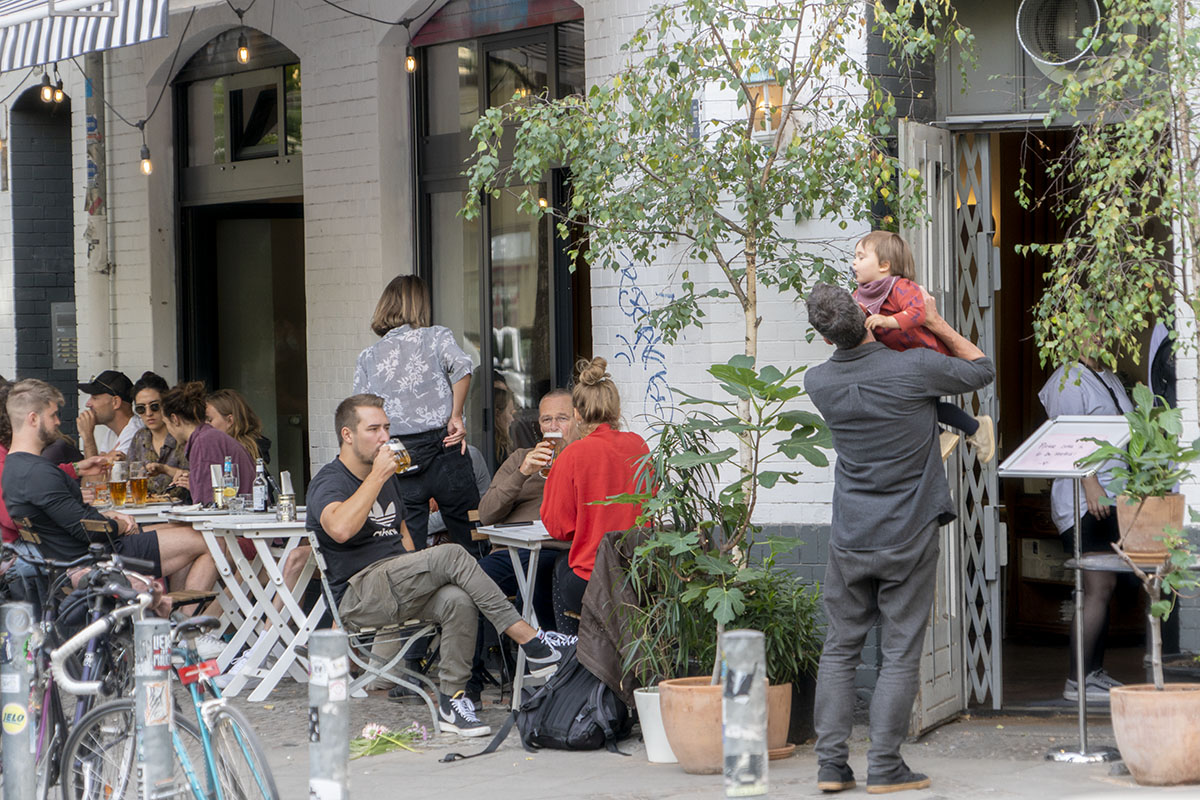 Schillerkiez is located in the immediate vicinity of Tempelhofer Feld, between Oderstraße and Hermannstr and Columbiadamm. At the time it was built, the Schillerpromenade was considered the most beautiful residential area in Rixdorf. Magnificent facades, park benches, flowers, trees and a lawn were the exception in the working-class district. Today, Schillerkiez is one of the most sought-after residential areas, also for furnished temporary living. Here you will find many cafes, pubs and interesting shops. 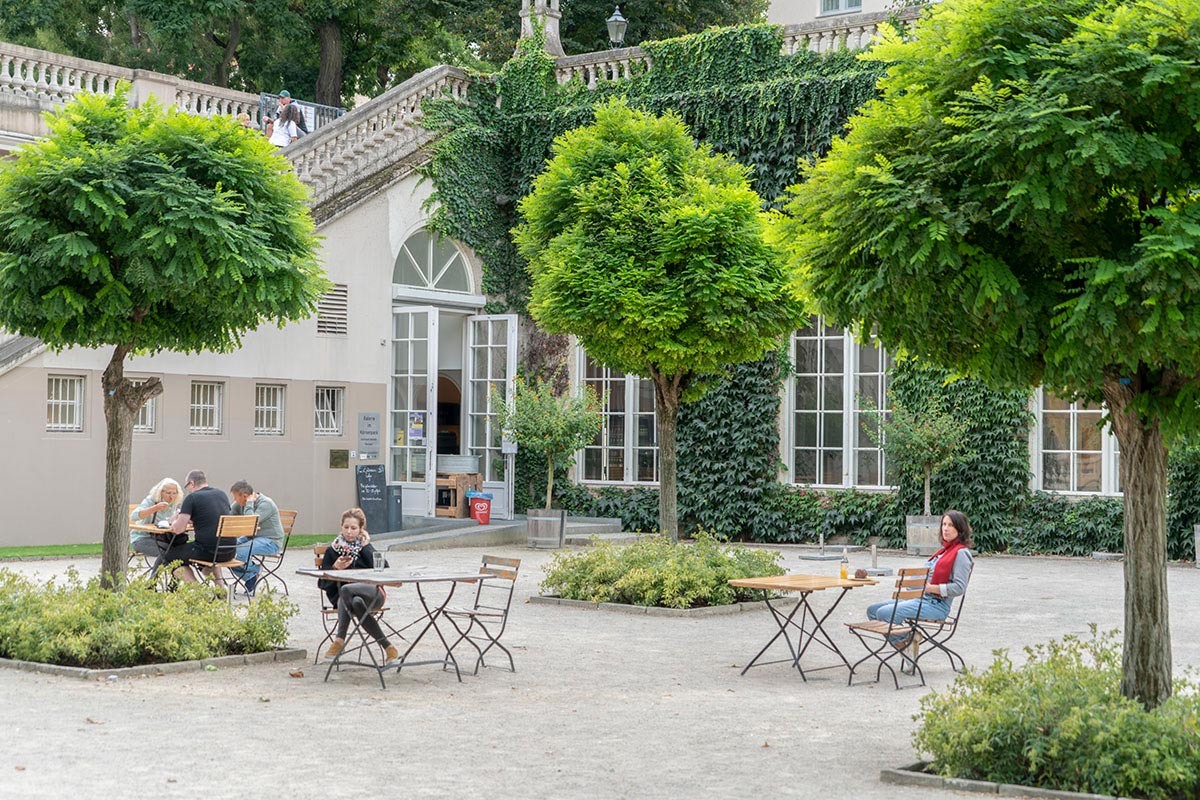 Körnerpark is one of the most beautiful parks in Berlin. And one of the most unusual. It looks like a castle park without a castle. Here you will find sculptures, fountains and an orangery reminiscent of Versailles. There is also a café and a gallery where you can relax. The area around the park is tough but warm and it is still relatively inexpensive. 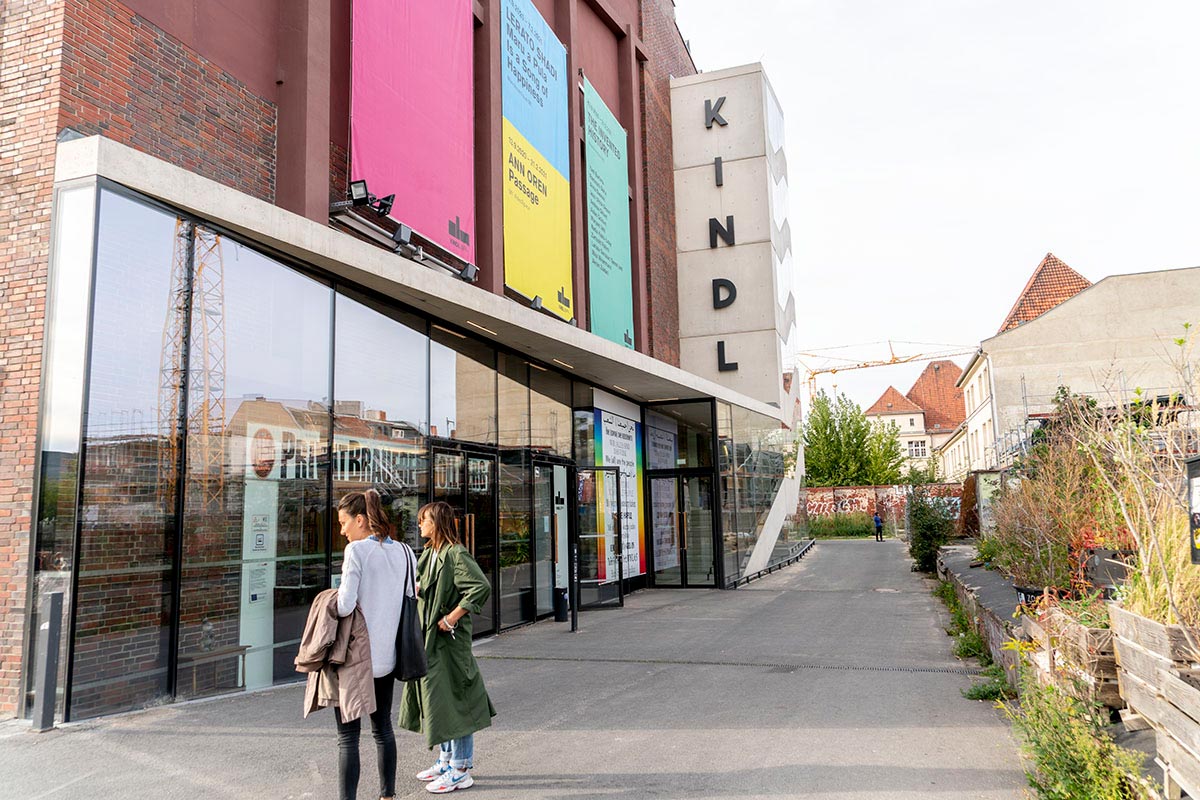 Rent a furnished apartment in Neukölln and discover the district

Art - and culture in Neukölln

In terms of creativity, art and culture, Neukölln is the most vibrant and exciting district of Berlin. Many artists live and work in Neukölln. You can find an overview of the current facilities at Art at Berlin.

For over 20 years, the art festival 48 Stunden Neukölln has been taking place every year. The Kindl Zentrum is located on the historical site of the former Kindl brewery. Here you can look at five exhibitions of contemporary art every year.

Neukölln also has a lot to offer musically: The Opera House Neukölln offers a wide range of music, even outside the classical opera, such as soap operetta, revue and musical. Concerts and free theatre take place in Heimathafen Neukölln in the historic Saalbau 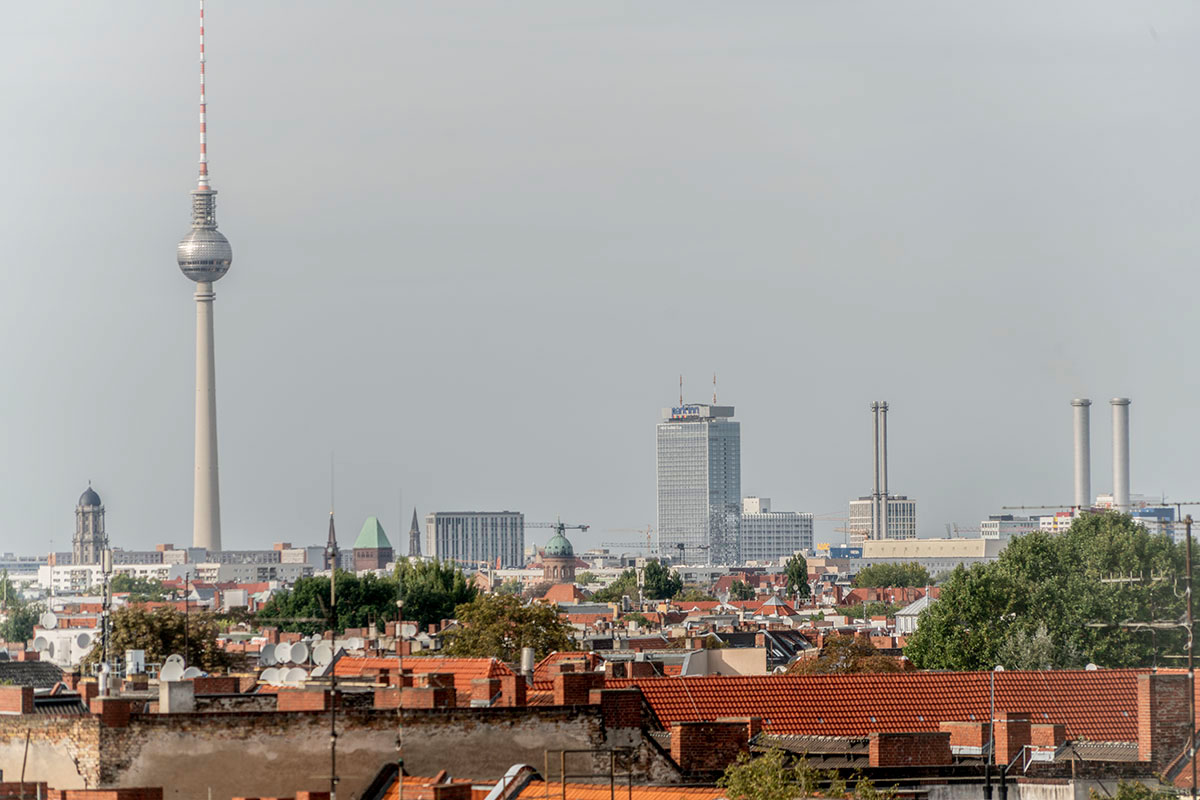 Going out in Neukölln

Neukölln offers a wide range of cafes, restaurants and clubs. An absolute highlight is the Klunkerkranich, the open-air roof garden on the parking deck of the Neukölln-Arkaden, directly on Karl-Marx-Str. In the green beer garden you can sit and listen to DJ sets, readings, or discover a varied cultural programme in the huts. The classic meeting place is the Ankerklause, a pub with a ship’s atmosphere the size of a living room, right on the bridge between Kreuzberg and Neukölln. On the terrace above the water with a view of the Landwehrkanal you can relax and watch the hustle and bustle on the street outside the door. The Juke-Box in the Ankerklause is legendary. Neukölln is also the hotspot of the young queer scene in Berlin. Here you meet in the Schwuz in Rollbergkiez. 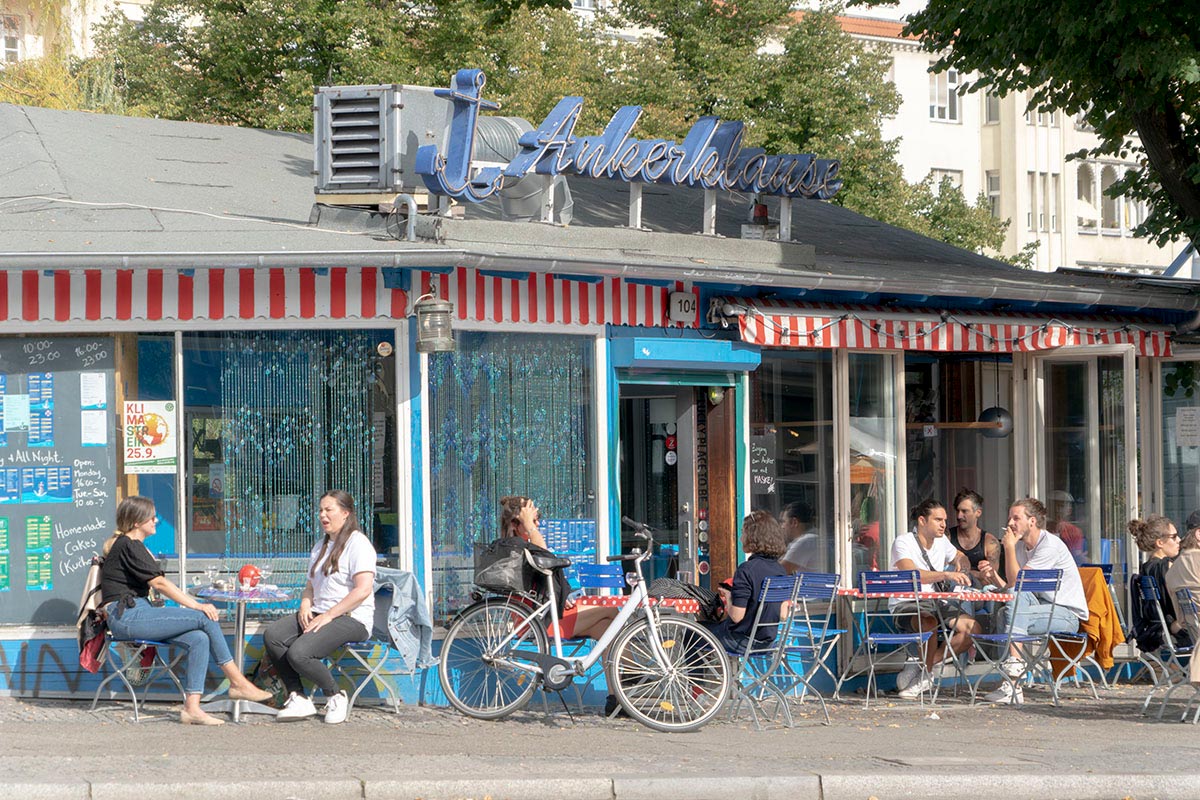 Neukölln is a great place for friends of oriental and vegan cuisine. Along Sonnenallee you can find a variety of good and reasonably priced Turkish, Lebanese and Arabic restaurants and snack bars. Or do you prefer vegan food? Check out the vegan bakery and cafe Vux in Wipperstr., close to Richardplatz. Or the pizzaria La Stella Nera in Leykestr. for hearty vegan food. 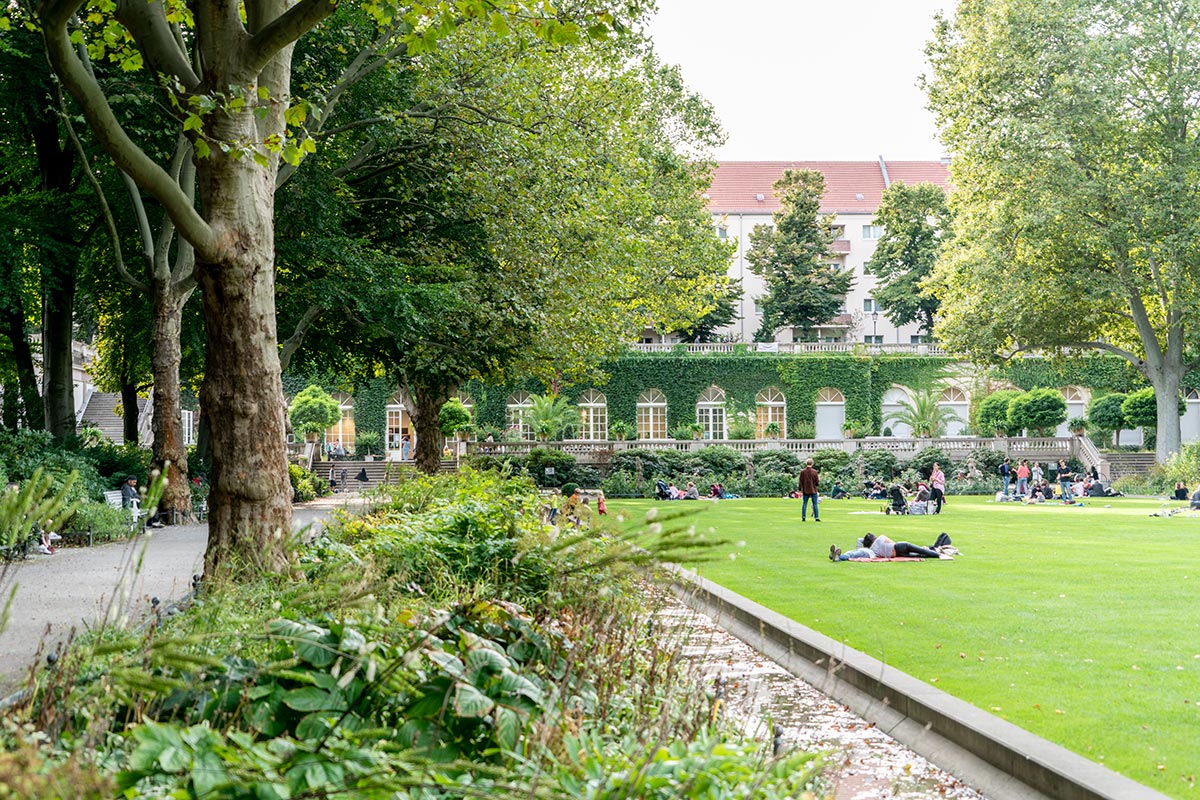 Parks and recreation in Neukölln

Other parks in Neukölln, besides the Körnerpark, are the Hasenheide between Kreuzberg and Neukölln and the Tempelhofer Feld.

Hasenheide Park has an open-air cinema, an animal enclosure and a miniature golf course. Hasenheide is also a centre of the Berlin drug trade. Tempelhofer Feld is one of the largest inner-city open spaces in the world. Skating, jogging, gardening, picnics, bird watching and much more can be done on the former airport railing. Here you can find the activities here.

Even if you are only staying temporarily in Neukölln, Stadtbad Neukölln in Ganghoferstr. is a place you should visit. It opened in 1914 and it is one of the most beautiful baths in Europe. The sauna area and the roof garden are also worth a visit. We recommend going there outside the rush hours. On weekends the bath invites you to “romantic swimming” with subdued light and underwater music. 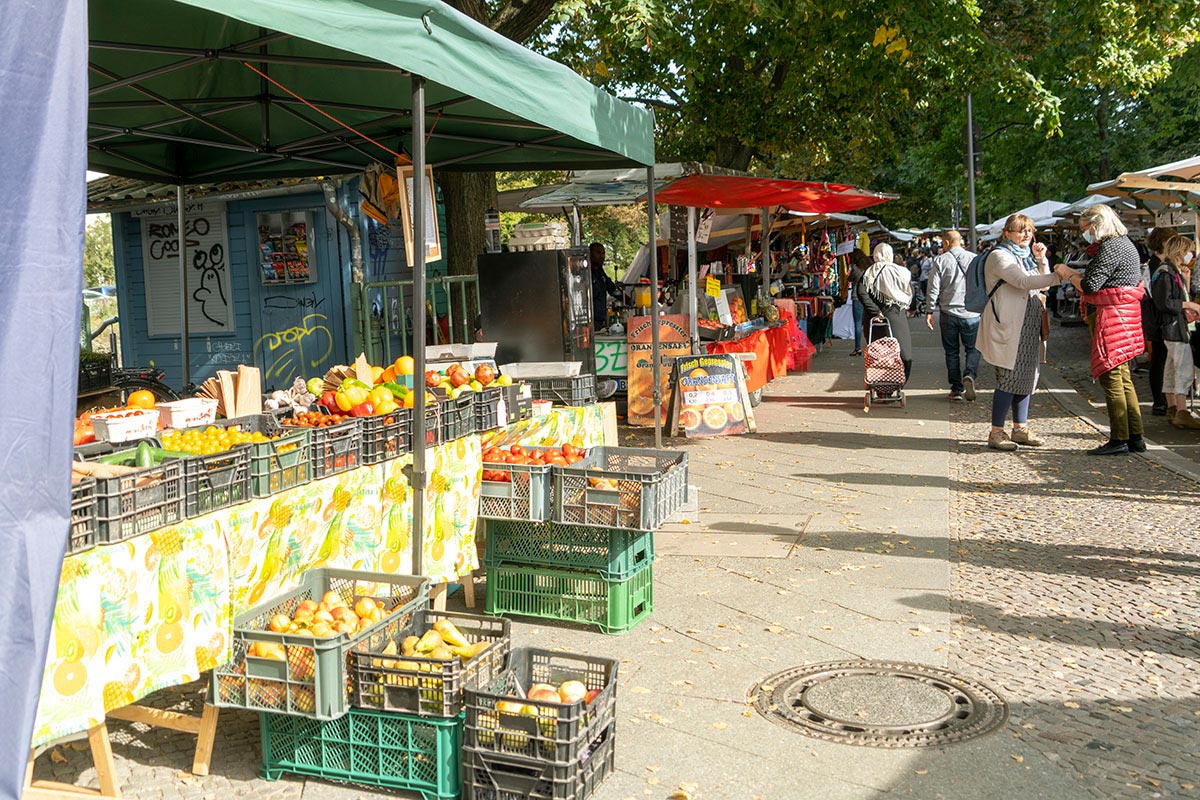 The Turkish market on the banks of the Maybach is an institution. Even if you don’t live in Neukölln or nearby, this market is worth a visit. Twice a week, Tuesday and Friday, from 11.00-18.00 you will find 120-150 traders, dense crowds and fruit, vegetables and oriental specialities for bulk buying. There is also a small section with organic products.

On Saturday, the fabric market at the same place is more relaxed. Besides fabrics, you will also find design, handicrafts, art and food. And not forgetting the wine stall, where you can sit on folding chairs and enjoy the sun and the magnificent view on the canal.