Prenzlauer Berg is still one of the most sought-after districts in Berlin, for both permanent and temporary living.
It is no wonder because here you can live well and relax. Prenzlauer Berg is idyllic and trendy at the same time. The streets, with lovingly restored Gründerzeit facades, are lined with restaurants and cafes where you can have breakfast all day long. Small boutiques, organic shops, markets, fashion for pregnant women and everything for the child - all this makes up the special flair of this part of town. In addition, there is a large art and cultural programme. Prenzlauer Berg is the lively, family-friendly trendy district. It is particularly popular with academics, artists and young people from all over the world. The area around the underground station Eberswalder Str. is still the center of nightlife. 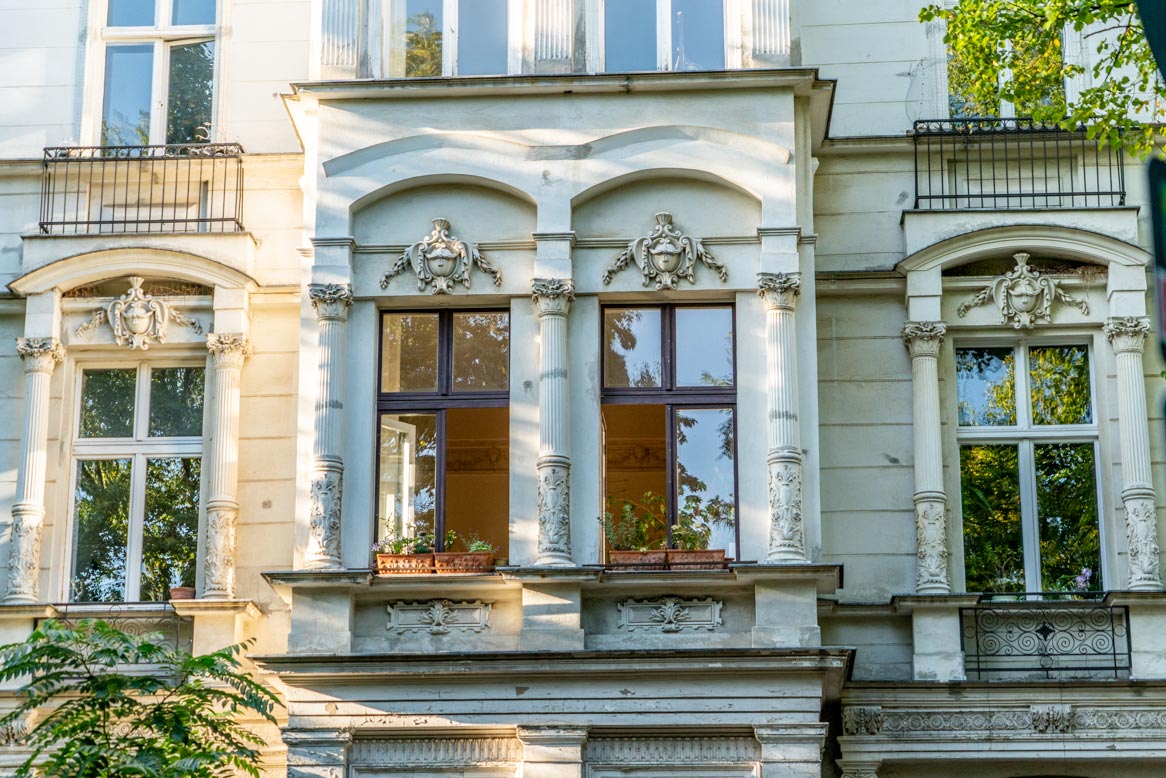 Prenzlauer Berg today and yesterday: Living in the trendy district in the change of history

In contrast to Mitte, Prenzlauer Berg is still a relatively young district. It was founded in the middle of the 19th century, when Berlin exploded. Workers who lived in the typical Berlin tenements with many backyards and floor toilets were the usual inhabitants of Prenzlauer Berg. The apartments were small and large families often lived in only one room. Prenzlauer Berg was very densely populated and, together with Kreuzberg and Friedrichshain, had the highest housing density in Berlin. 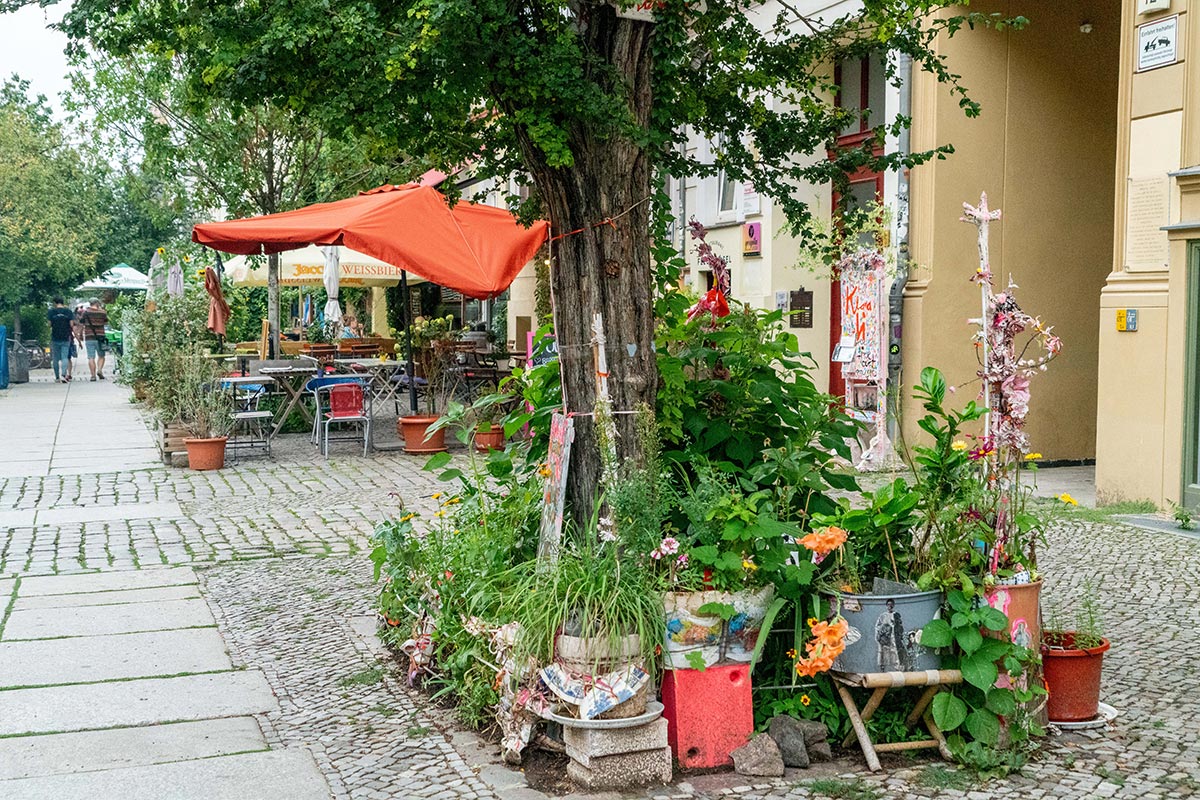 Prenzlauer Berg remained unscathed by the destruction of the war. In GDR times, the district was not very popular. This was due to the dilapidated houses due to lack of money and building material being scarce. Therefore, only individual streets, such as Husemannstraße, could be renovated. The inhabitants therefore preferred to move to the modern prefabricated buildings on the outskirts, to Marzahn and to Hellersdorf. Many side wings and back buildings stood empty or were uninhabitable. All those who couldn’t get a flat elsewhere moved to Prenzlauer Berg: young people, artists and opposition members who founded WGs. 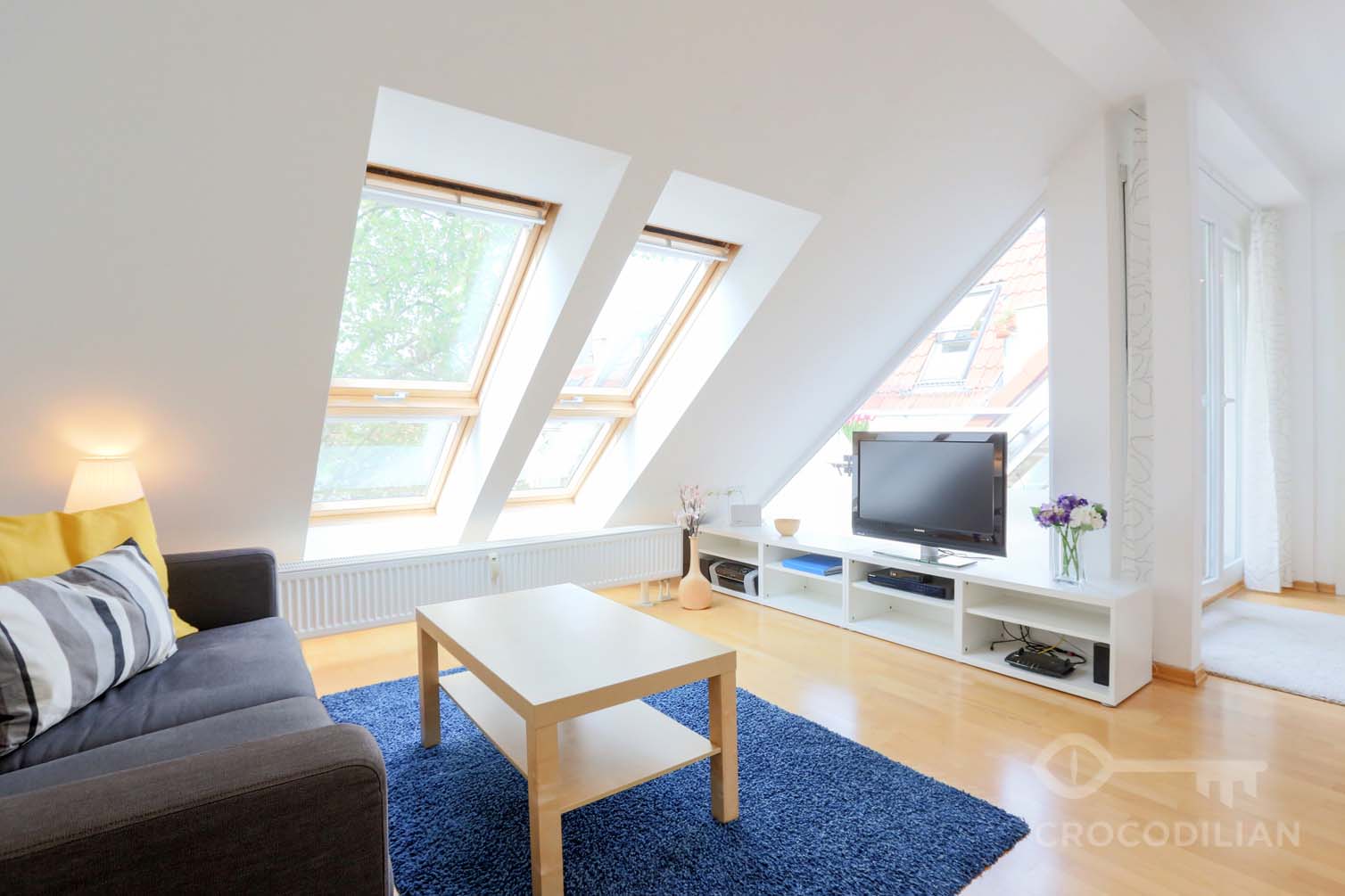 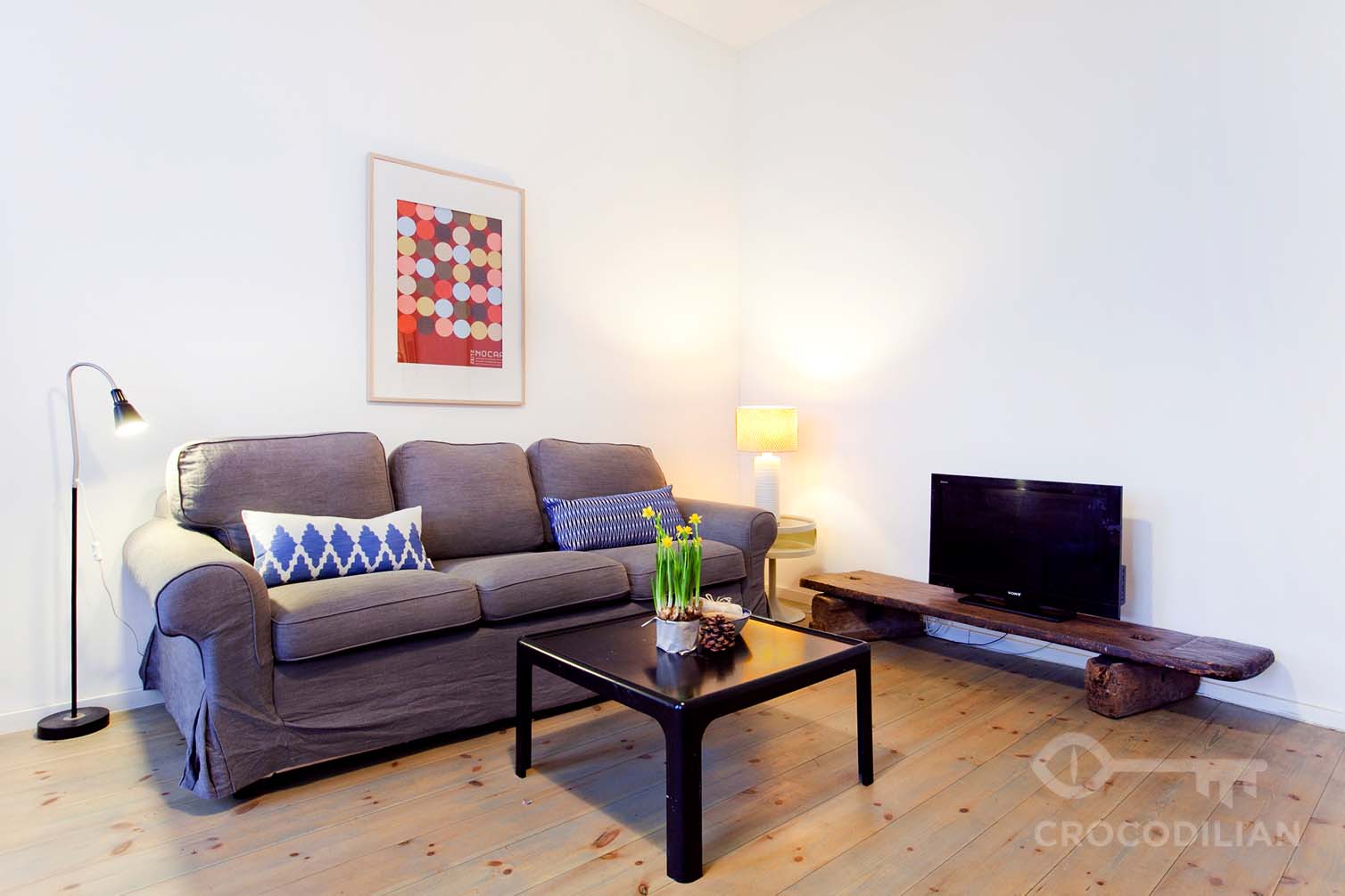 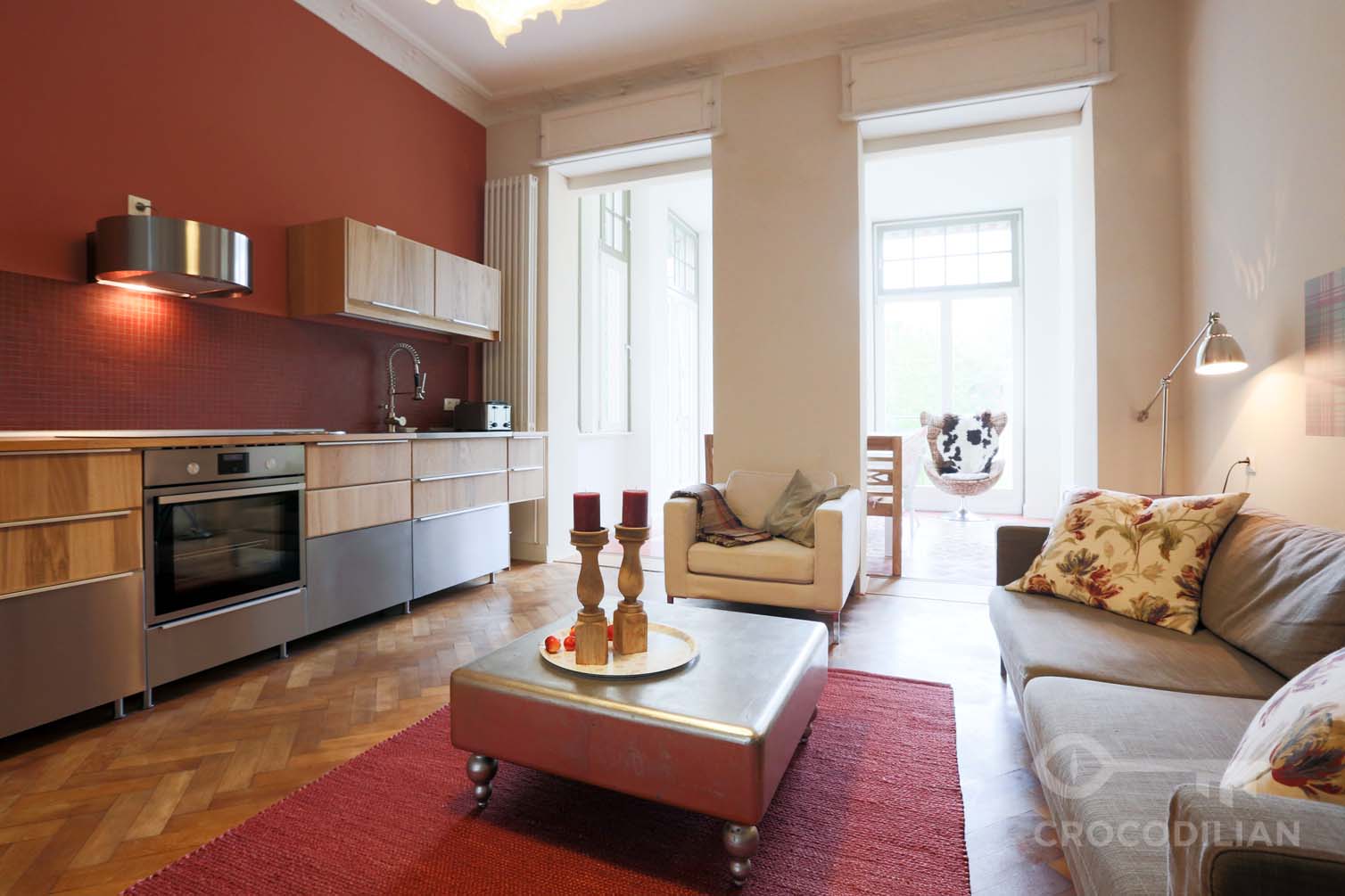 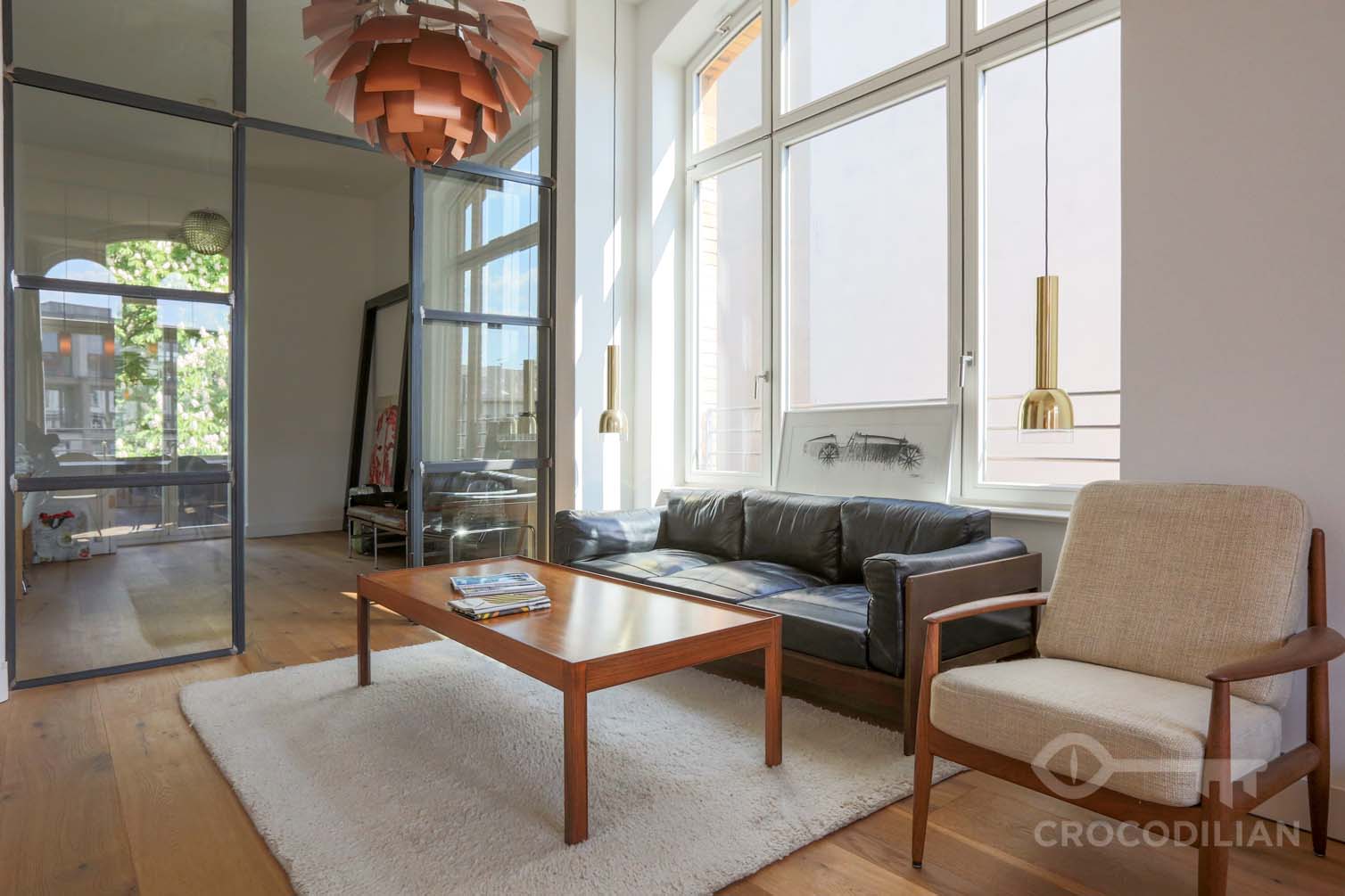 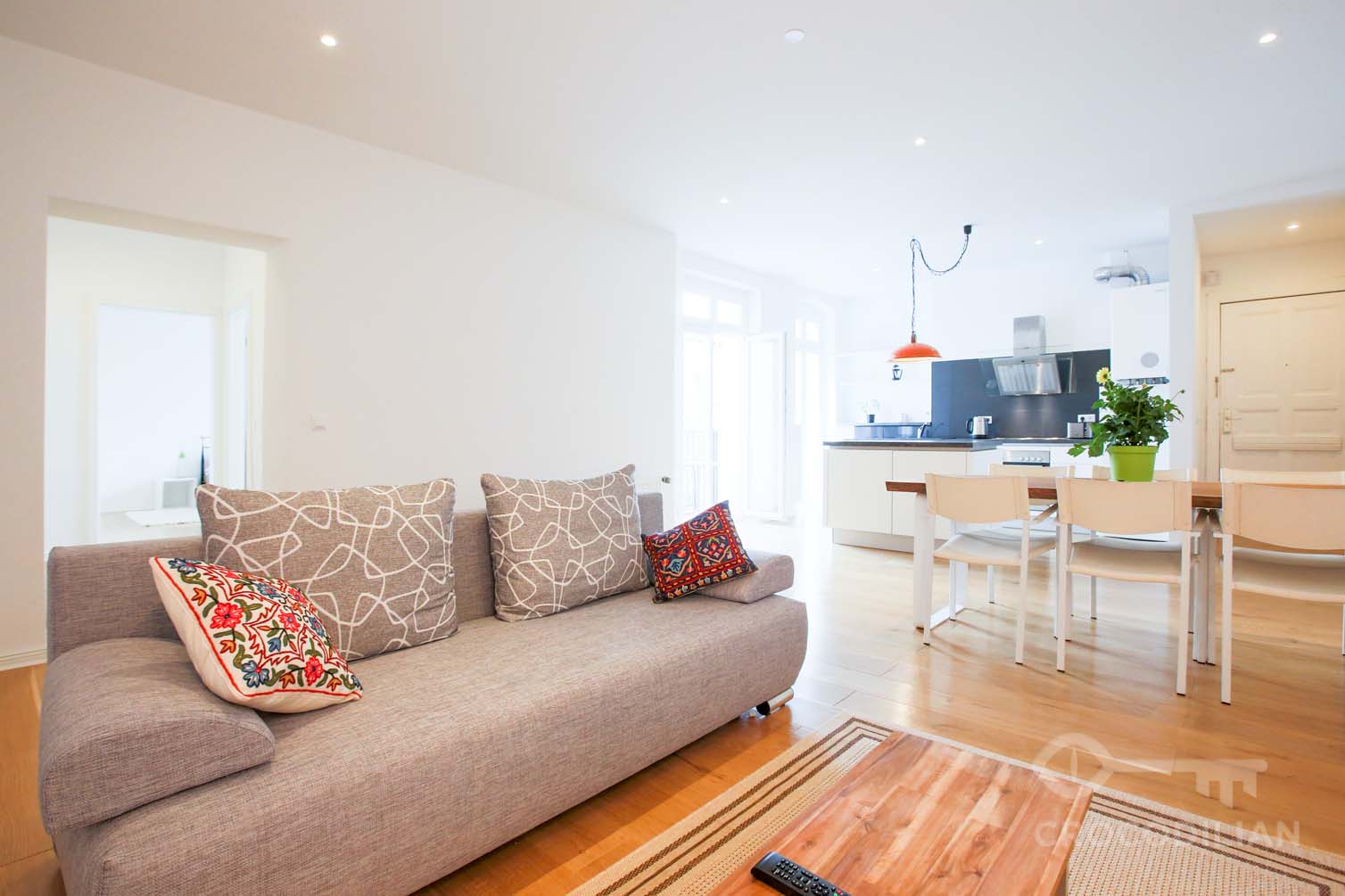 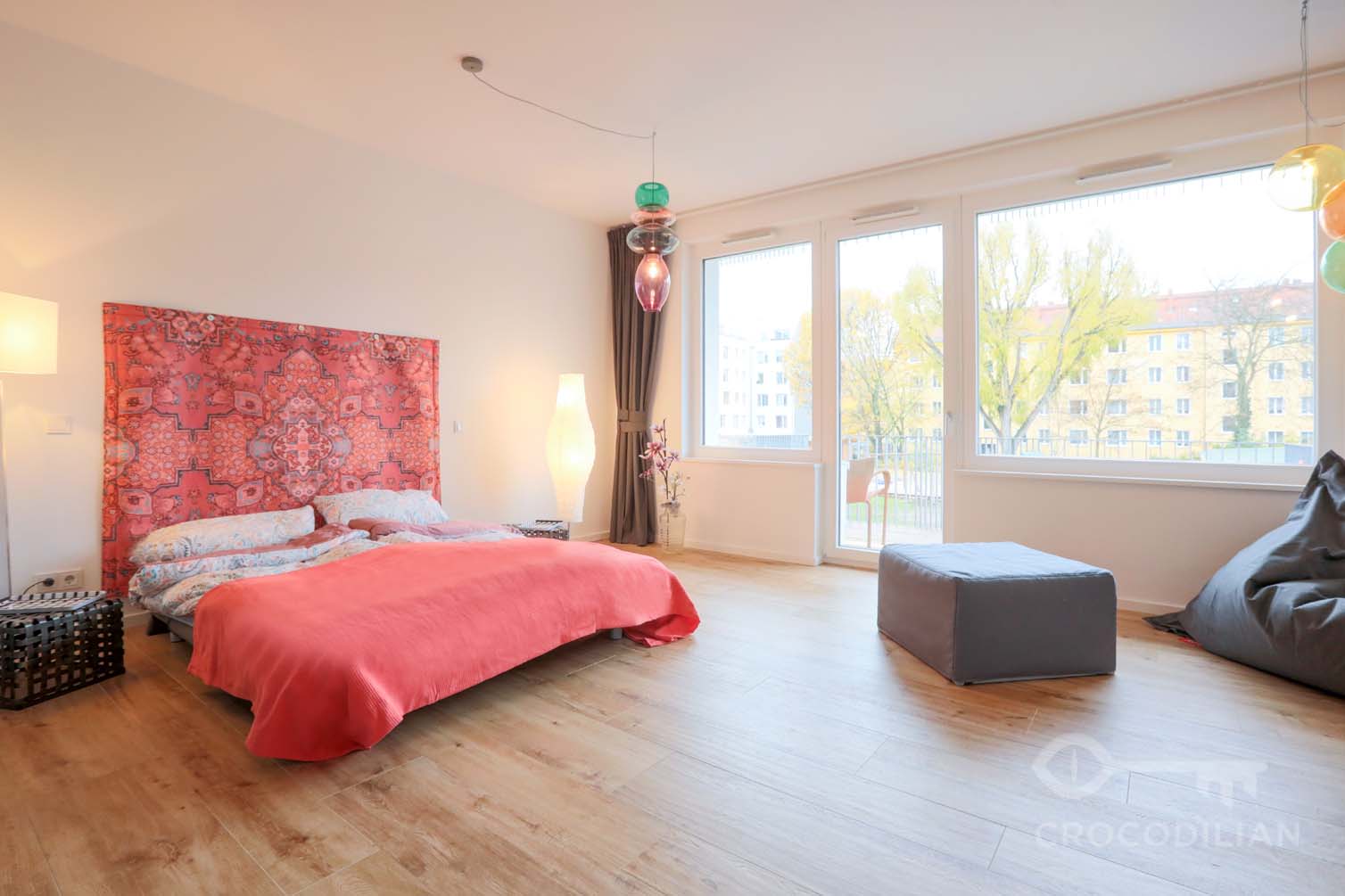 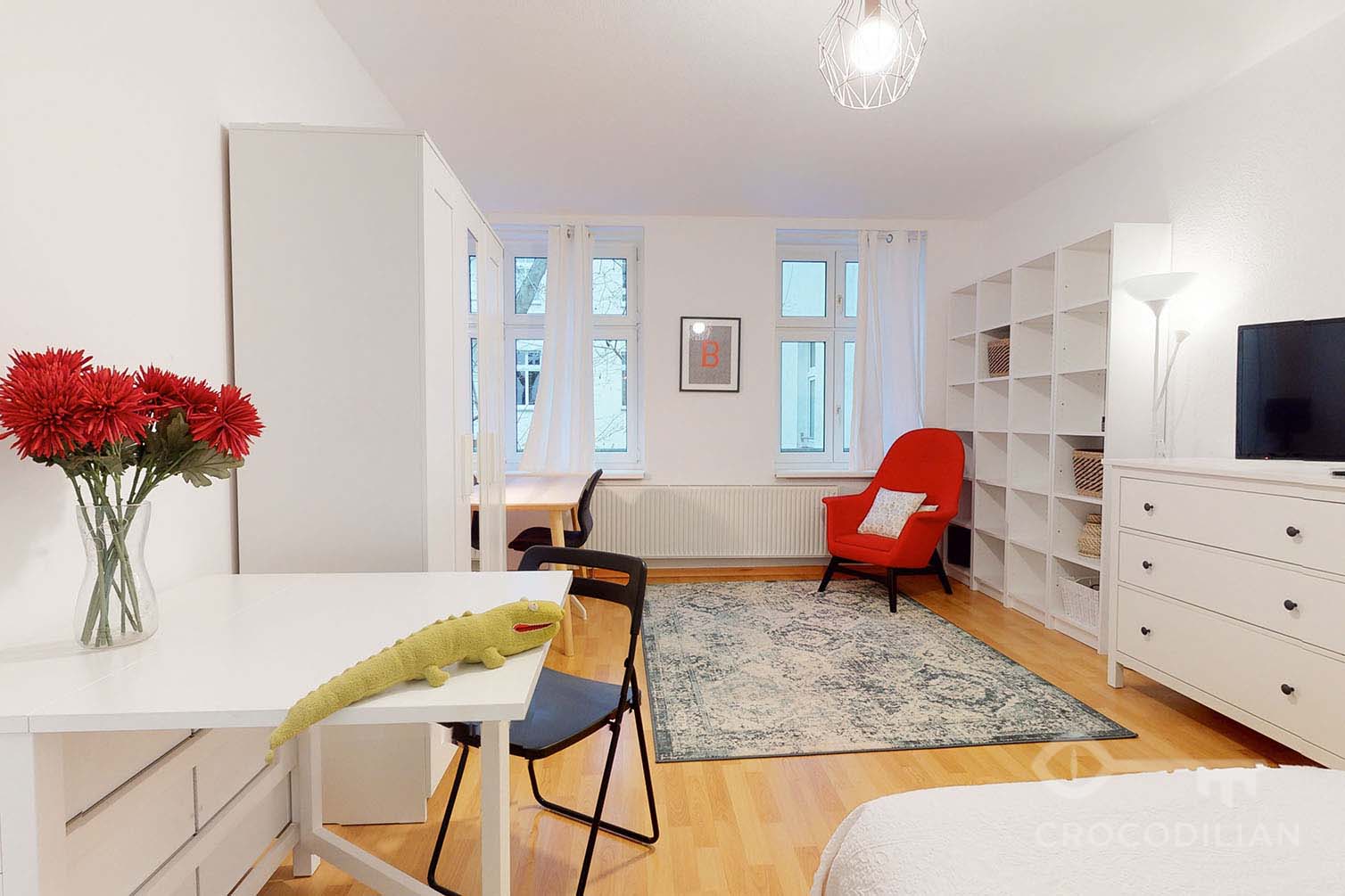 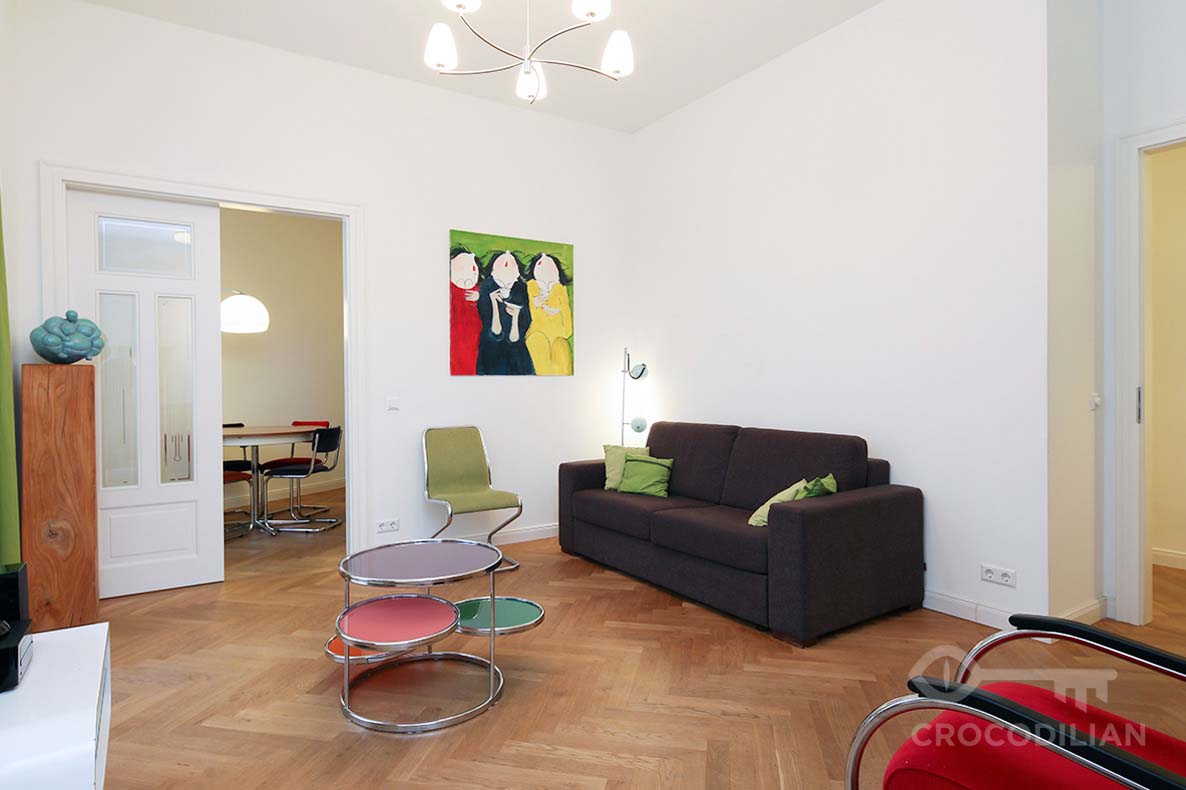 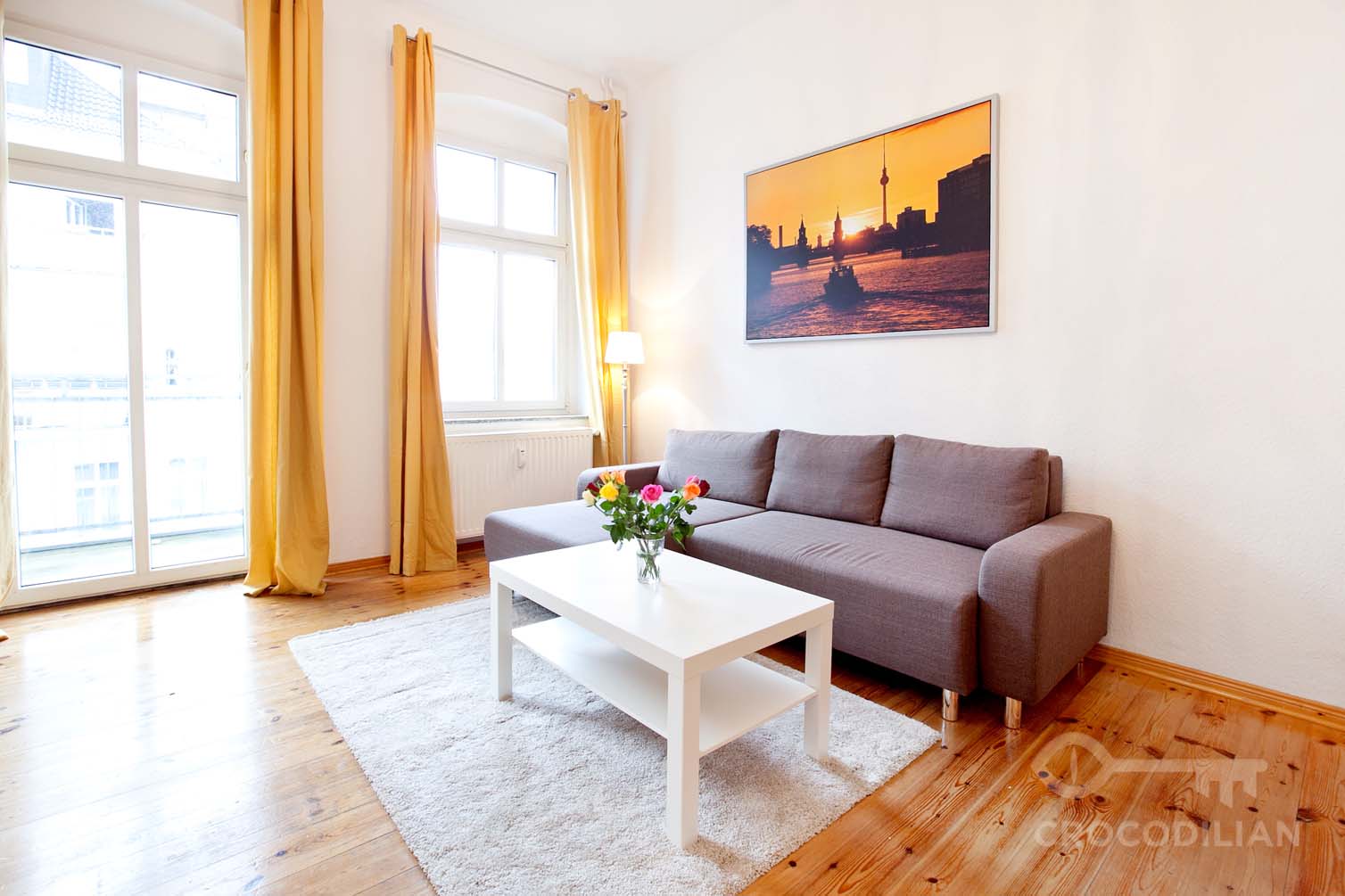 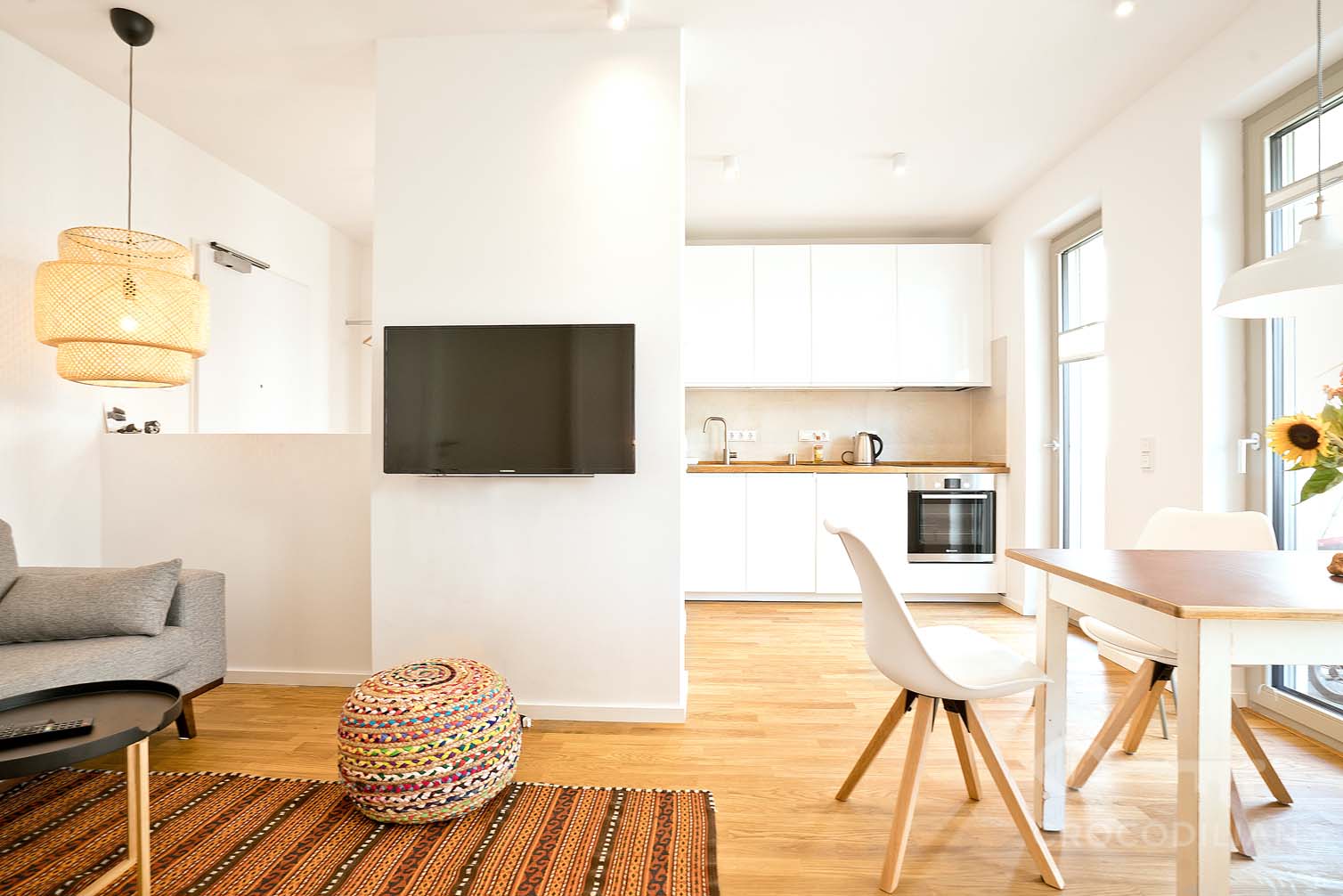 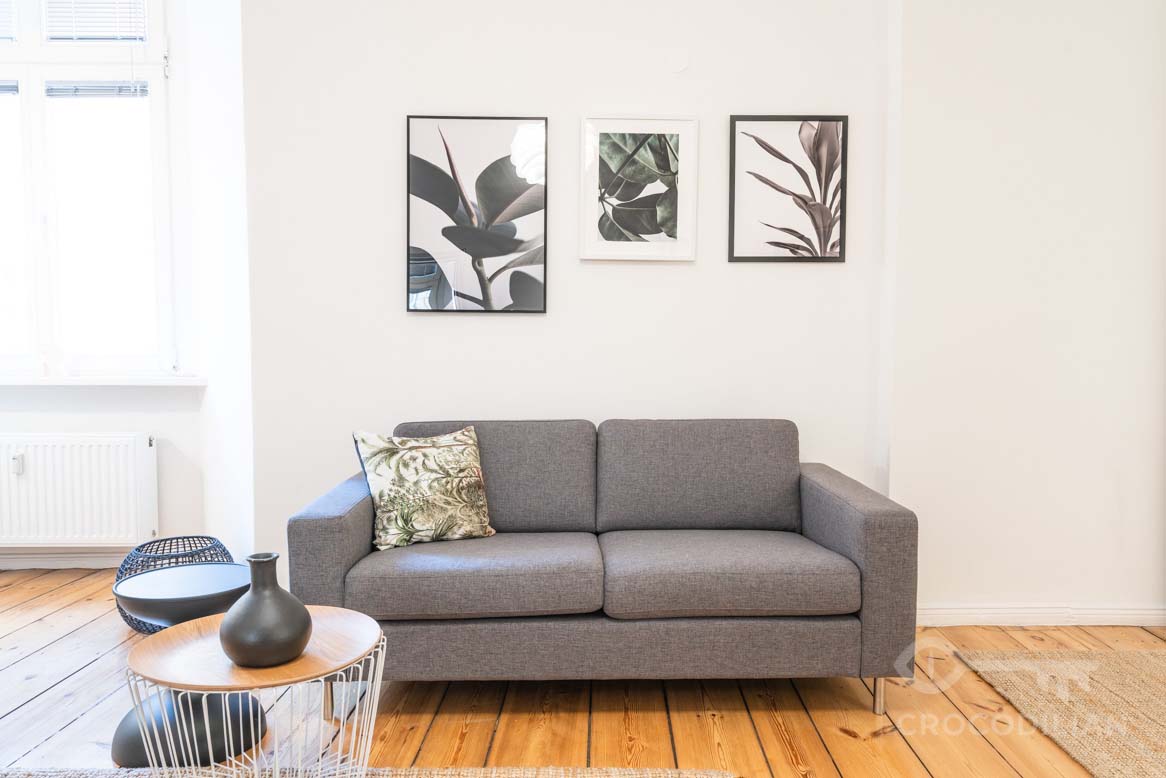 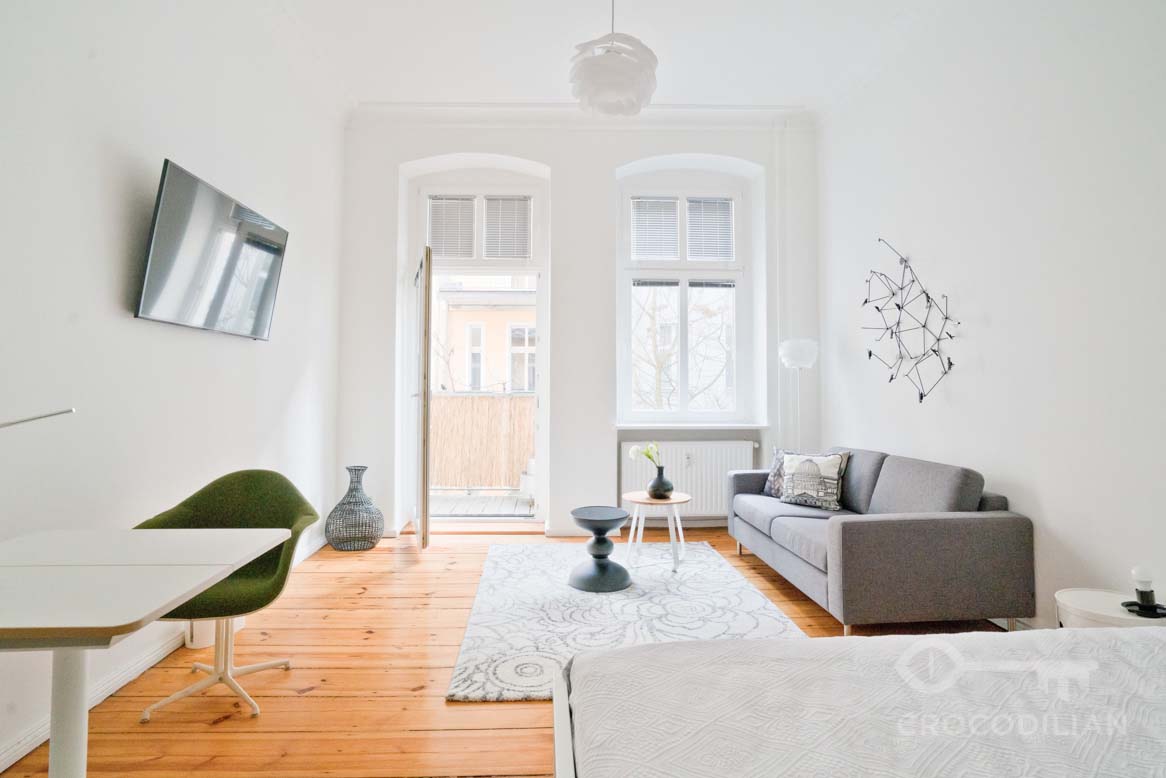 Even in GDR times, Prenzlauer Berg was regarded as a center of alternative and subculture. Many famous writers, actors, rock bands such as Rammstein and the protests against the SED-regime lived here.
After the fall of the wall, Prenzlauer Berg was the absolute scene district of reunited Berlin. The nightlife and the raves in empty houses are legendary. 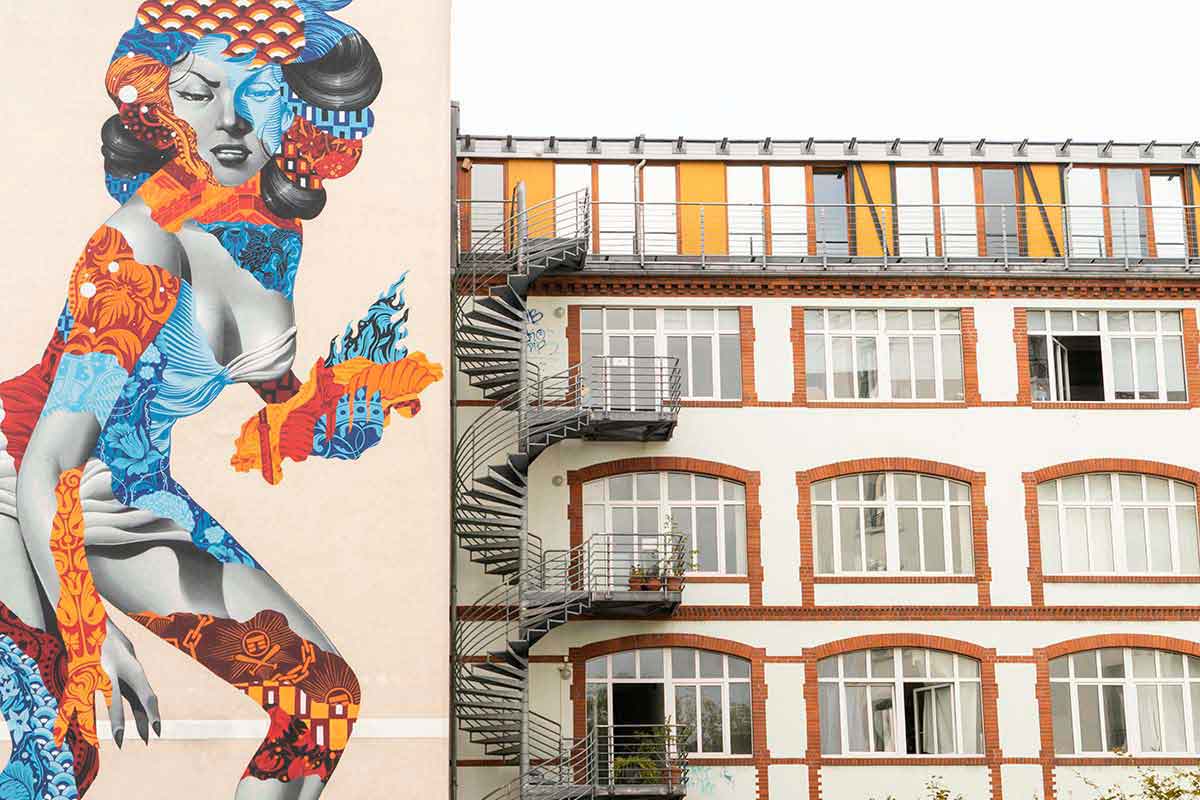 The dilapidated houses and apartments were extensively renovated and modernized, attics were converted and gaps between buildings closed with luxurious new buildings.
Today it is hardly imaginable that Prenzlauer Berg at the beginning of the 90s was the largest contiguous redevelopment area in Europe. 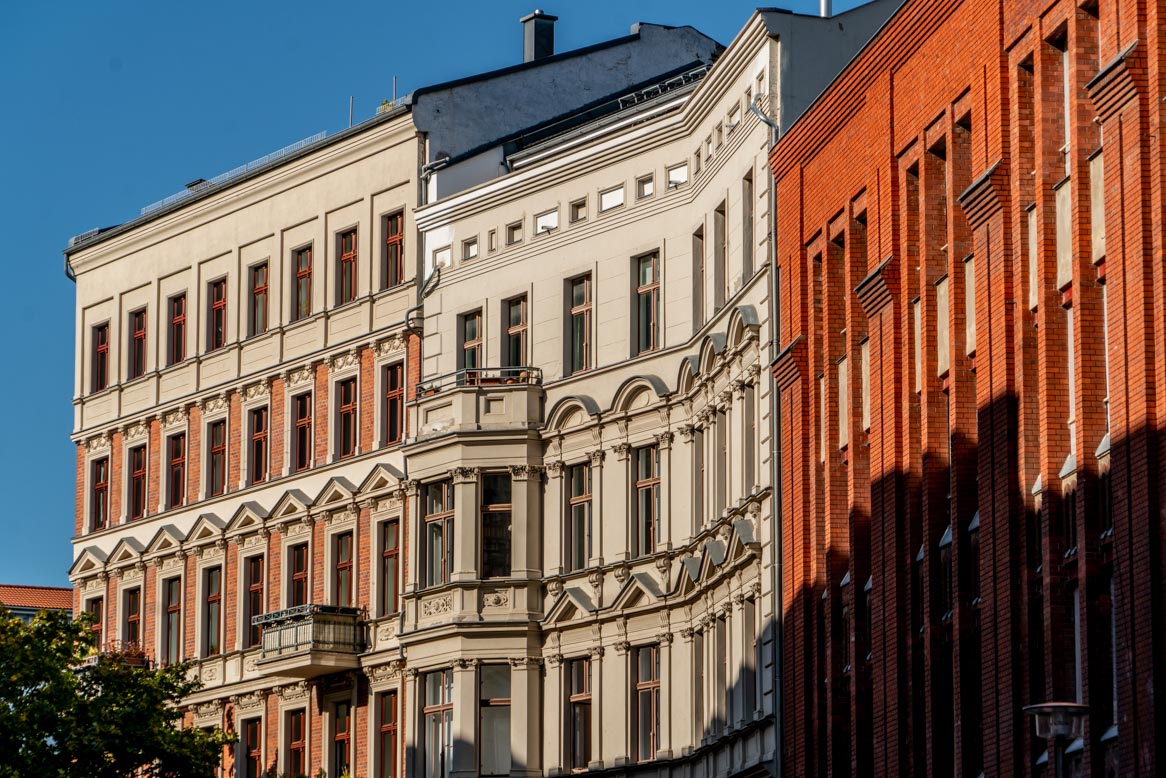 Prenzlauer Berg is the district with the most Gründerzeit buildings in Germany. Almost 70% of all houses were built between 1871 and 1914.
In the 20's Prenzlauer Berg set new architectural accents. In the northern part, several settlements of Siedlungen des Neuen Bauens were built. Also at that time housing shortage and overpopulation prevailed. Neues Bauens wanted to improve people's living conditions: Green spaces and balconies instead of dark backyards, space instead of narrowness, bathrooms and toilets in every apartment. Today, the residential town of Wohnstadt Carl Leggin by Bruno Taut and Franz Hoffmann near the S Greifswalderstraße is a UNESCO World Heritage Site.
In the 50s, buildings in the style of socialist classicism were also erected in the north of Prenzlauer Berg. 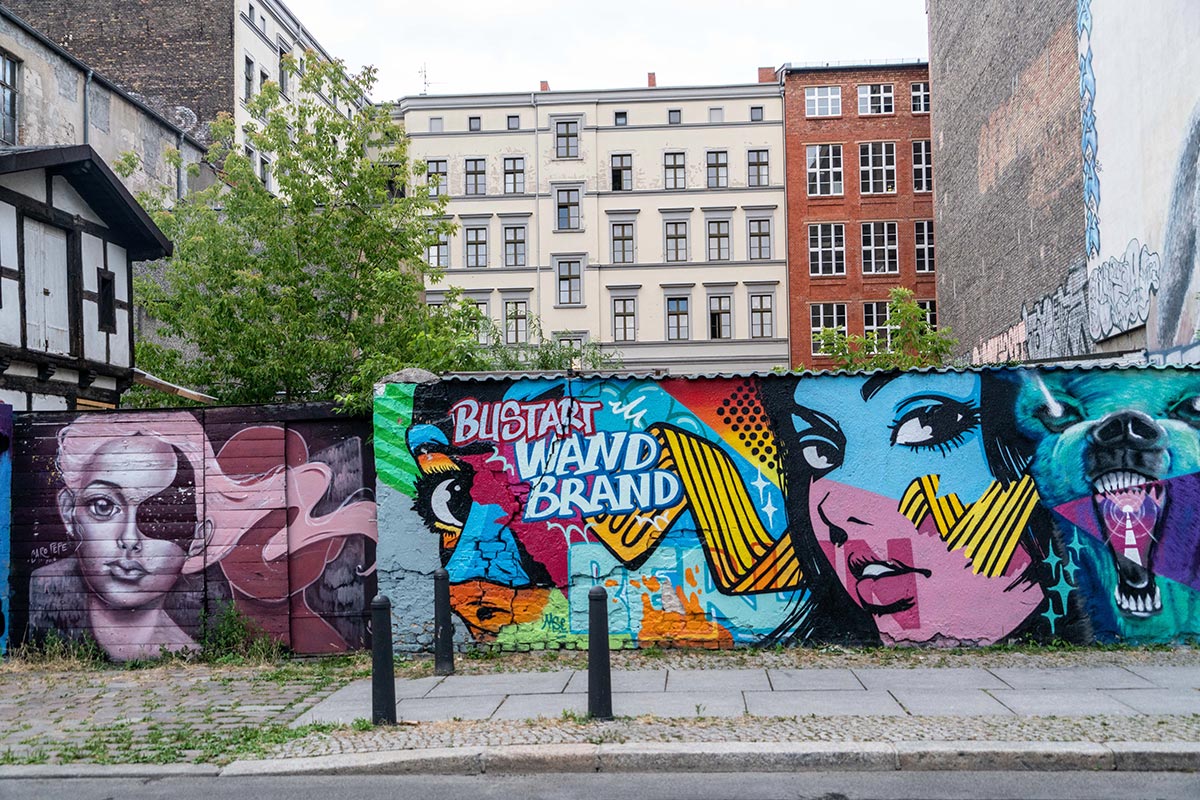 If you are looking for a furnished apartment in Prenzlauer Berg, you will be surprised by the large offer of small apartments, especially 1-2 room apartments. No other part of the city offers such a wide range of small apartments. After the fall of communism, several small flats were often combined, so there are also larger flats on offer, as well as flats in new buildings. This also applies to temporary housing. All houses have been renovated. Many also have an elevator, especially apartments in the front building.
The prices of most of the furnished apartments are slightly above average. But there are many cheaper apartments on the market. Apartments in the north and east of Prenzlauer Berg are cheaper than apartments around Kollwitzplatz. 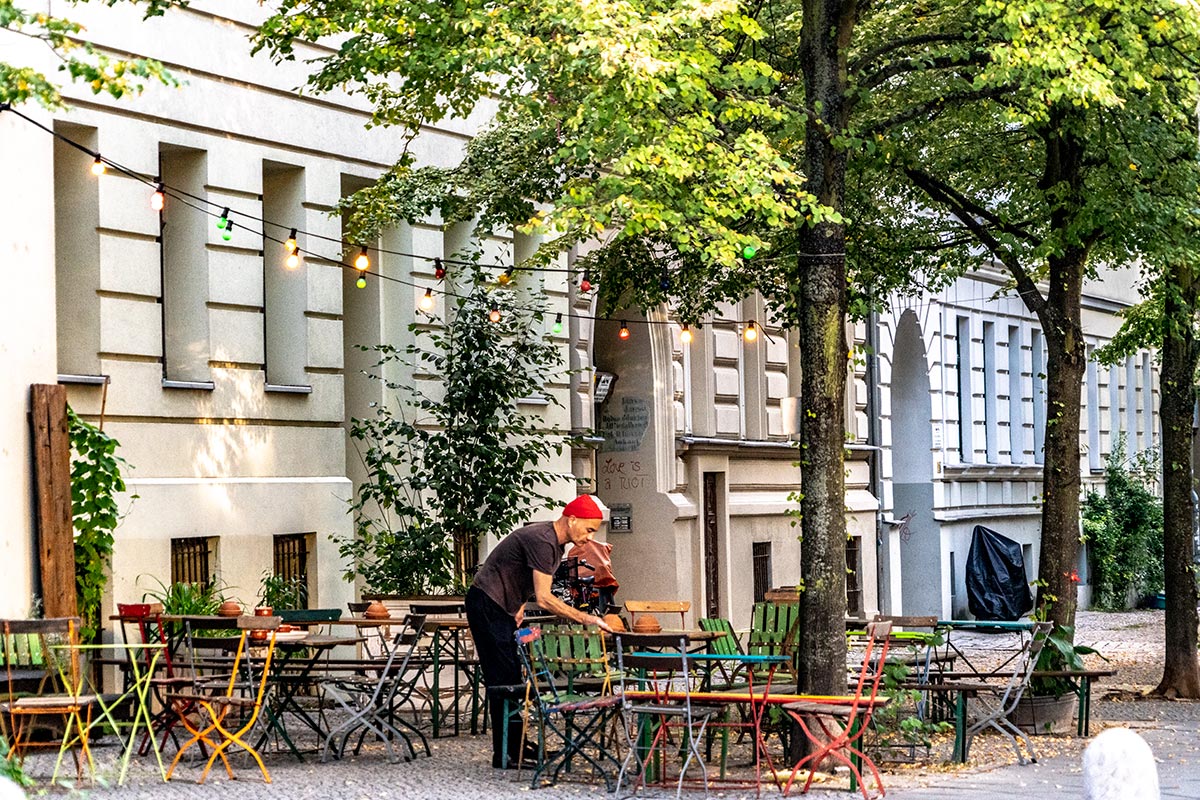 Where to Live in Prenzlauer Berg

Kollwitzplatz is the heart of Prenzlauer Berg. Especially a visit on Thursday is recommended, when the ecomarket takes place here. Fifty traders from the region offer fresh regional organic products. In the Kollwitzkiez is also the landmark of Prenzlauer Berg, namely the water tower, the oldest in Berlin. By the way, there are also apartments in Wassertum. The apartments of the machine workers are in great demand today.
Helmholtzplatz is located in a lively neighbourhood with many cafes, restaurants and bars. The Wins - and the Bötzowkiez are also very popular quarters. 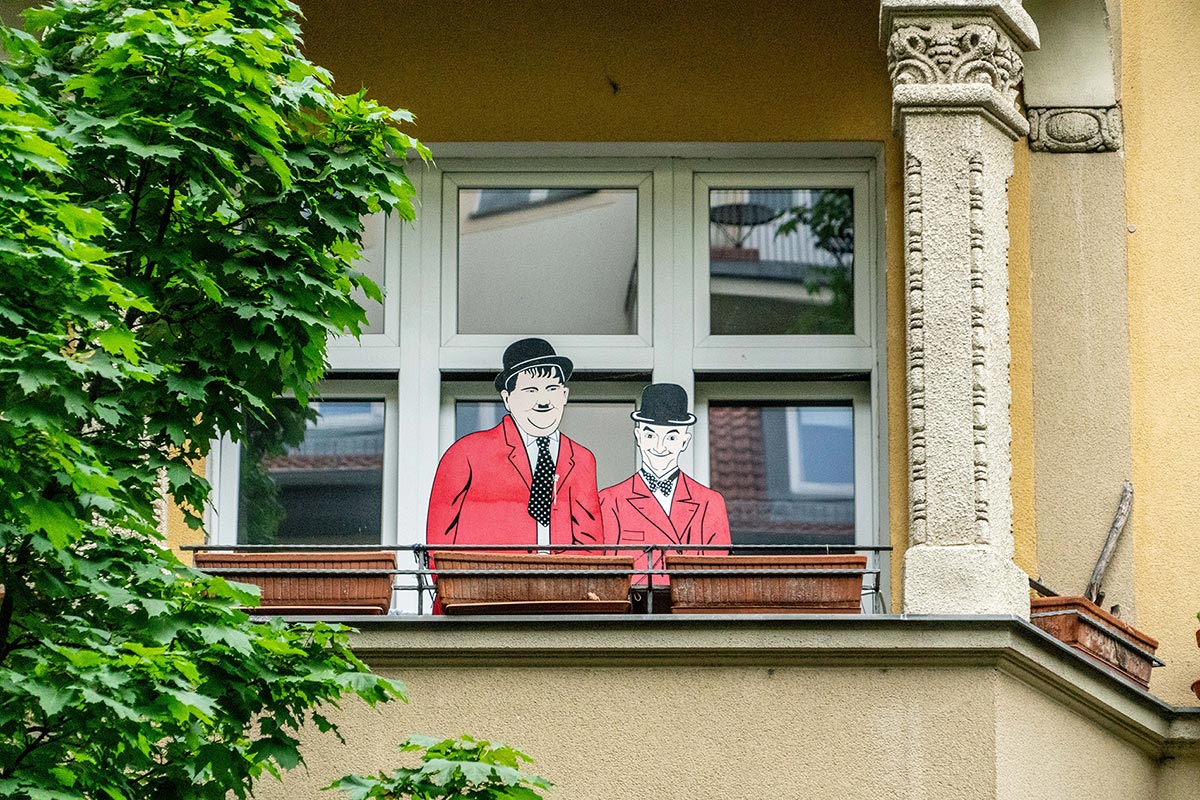 The Mauerpark is the most famous park. It is located at the border of Prenzlauer Berg and Wedding. In GDR times the Wall stood here. After the opening of the border the area became a public green area. Today the combination of flea market, karaoke and picnic at the weekend attracts many visitors. Further east is the extensive Volkspark Prenzlauer Berg, which is less crowded and more inviting for relaxation. Closer to the centre is Ernst-Thälmann-Park, an &quot;inhabited park&quot; with prefabricated buildings, playgrounds and an artificial lake. The Zeiss Großplanetarium, worth seeing, is also part of the park. 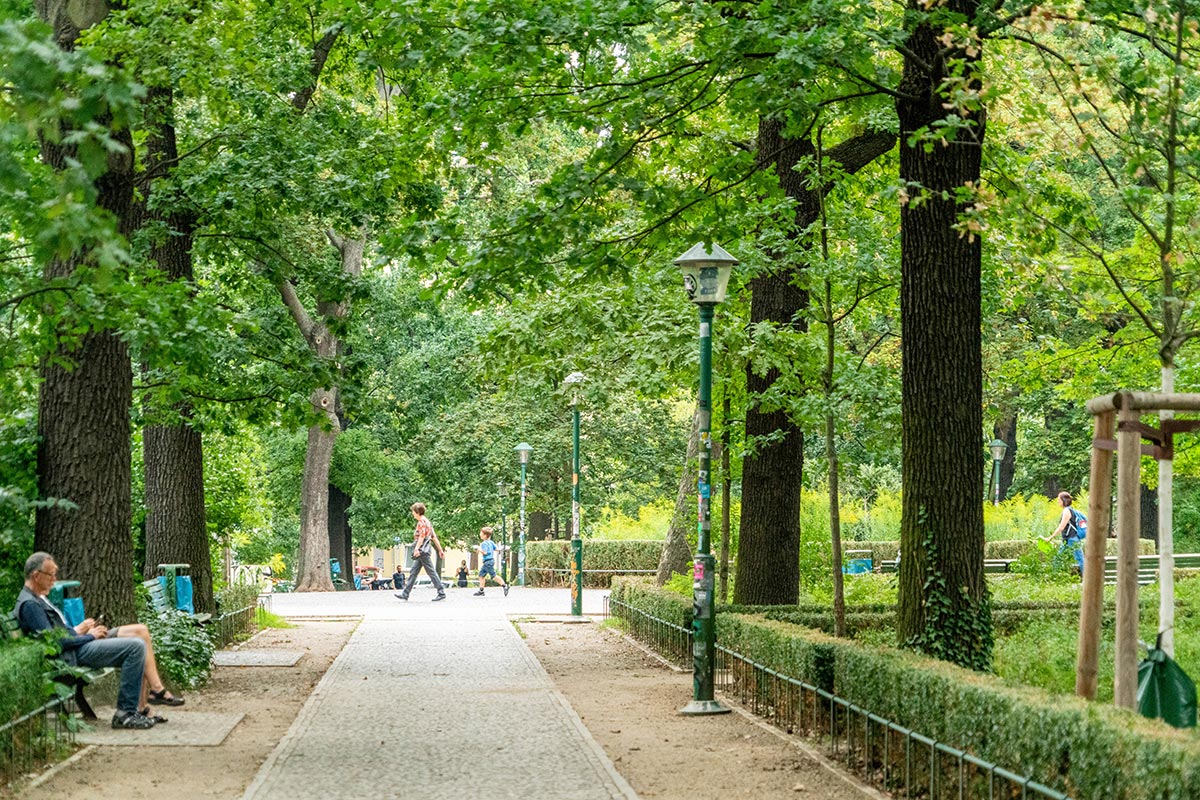 Culture and leisure in Prenzlauer Berg.

The centre of cultural life in Prenzlauer Berg is the Kulturbrauerei. This is the former Schultheissbrauerei, which with its unique architecture is one of the few well-preserved industrial architectural monuments in Berlin. If you rent a furnished apartment in Prenzlauer Berg on a temporary basis, you should definitely visit the Kulturbrauerei. It is a venue for independent events, rock and folk concerts, Russian culture, theatre, readings by the literary workshop and much more. There is also a cinema and a Christmas market every year. Historical swimming can be done in the Oderbergbad, one of the city's most beautiful swimming pools. It has now become part of a hotel, but even outsiders can take their courses here.

Food and drinks in Prenzlauer Berg

Prenzlauer Berg offers a large selection of restaurants, pubs, cafes, and not to forget &quot;street food&quot;. A classic is Konnopke Konnopke, a traditional snack stand with almost 90 years in the business. Many swear that there is the best currywurst in town under the elevated railway in Schönhauser Allee, corner Eberswalderstraße. One of them is former chancellor Gerhard Schröder. Not far away is the Prater, the oldest beer garden in Berlin.
You should not miss a visit in summer, when half of Prenzlauer Berg gathers under chestnut trees to enjoy a beer after work; Cafe Anna Blume in Kollwitzstraße is also an institution and a popular breakfast café. 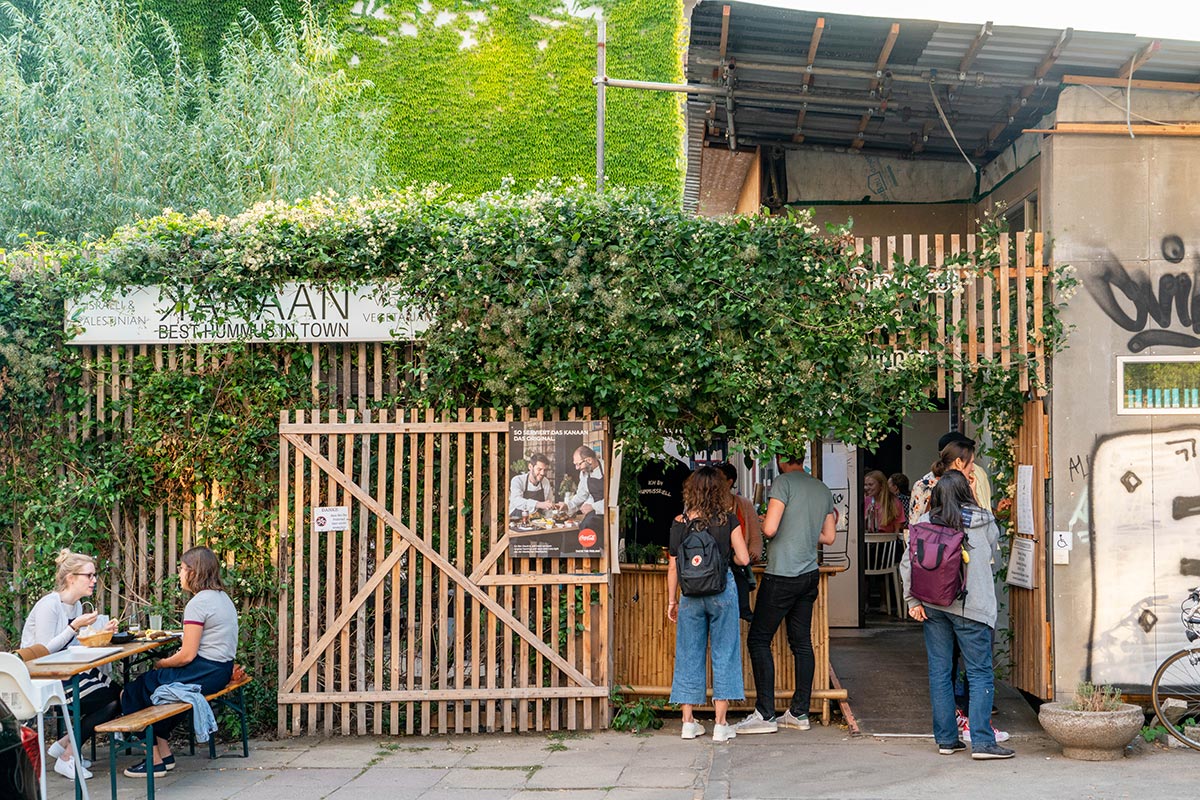 The Schönhauser Allee Arkaden in the Schönhauer Allee and further east the Mühlenberg Center in the Greifswalderstraße are the big shopping centers of Prenzlauer Berg.
Beautiful shops for fashion, gifts and more can be found above all in the chic Kastanienallee and in the Pappelallee. The family entrepreneur Fein und Ripp produces unusual men's fashion in the style of the 20s.
Vegan and fair fashion can be bought at Dear Goods in the Schievelbeinstr.
Second Hand Shops can be found mainly in the area around Mauerpark, e.g. in Oderbergerstraße. 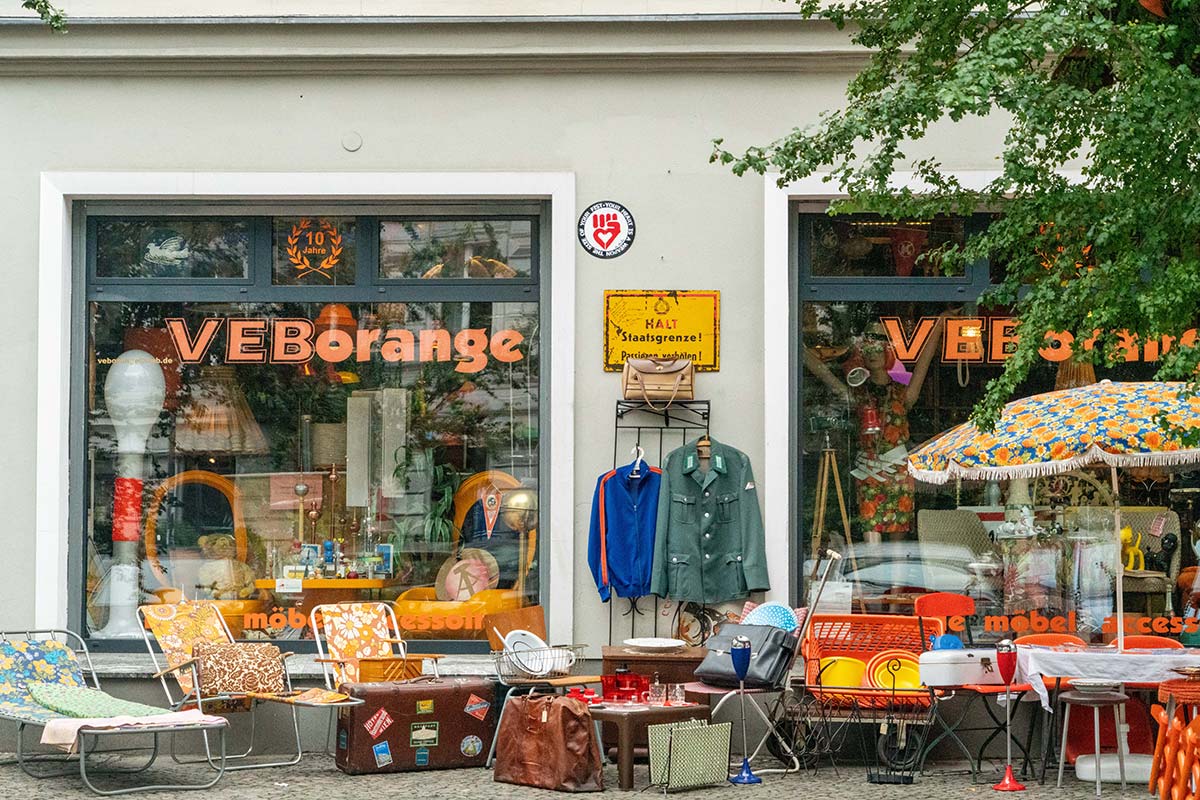